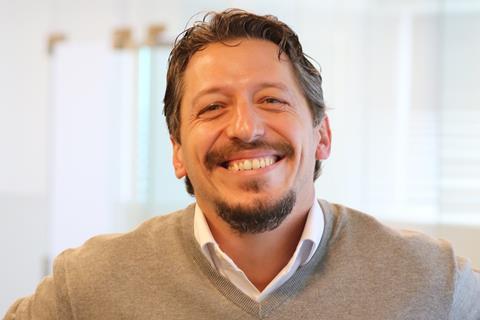 Pan-Arab distributor Front Row Filmed Entertainment is out in the force at Saudi Arabia’s inaugural Red Sea International Film Festival (Dec 6-15) with seven films in the selection, including recent acquisition Panah Panahi’s Hit The Road, which plays in competition.

The Dubai-based distributor works all over MENA but has a particularly strong presence in the United Arab Emirates and Kuwait, through its partnership with Kuwait National Cinema Company (KNCC) and is now making inroads into the Saudi market.

in January, it created the distribution label Front Row Arabia in partnership with burgeoning local exhibitor Muvi Cinemas, specialising in bringing independent and genre titles to the territory.

The joint venture kicked off its activities with the release of action-thriller The Marksman on January 21 and has since released some 40 titles.

“The Marksman was one of the highest-grossing films in Q1 of 2021 even though a prominent exhibition chain did not release it as we did not agree on the release terms, nonetheless we did extremely well,” says Front Row CEO Gianluca Chakra.

“Since then, we have released almost a title a week including films like The Father, After We fell, The Card Counter, The Green Knight, Flag Day, Another Round, Seal Team, Minimata,” he continues. “We also started releasing Hindi titles and kicked off with the smash hit Annatthee.

Front Row Arabia does not acquire titles specifically for Saudi Arabia, explains Chakra, but rather releases the titles acquired by Front Row generally for the whole of the Middle East and North Africa (MENA) region.

“Saudi Arabia is part of the MENA territories. Always has been,” he says.

The only difference is that with the rest of the Gulf, excluding Saudi is that the theatrical business has dropped 61% with no sign of improvement so far. The UAE has been disastrous, unfortunately,” he adds, explaining many markets in the region have yet to recover from the impact of the Covid-19 pandemic.

”The territories that are showing growth are definitely Saudi Arabia and Kuwait in which, luckily, we are extremely well-positioned as MUVI is now the leading exhibitor in the region with ongoing works to triple their screens by end of 2022… and Kuwait where KNCC dominates with a whopping 86% theatrical market share and still expanding.”

Beyond The Marksman, other titles that have done well for Front Row Arabia so far include The Father, “thanks to the Oscar buzz”, family picture Pinocchio, action picture Seal Team and, drinking comedy-drama Another Round.

He says it remains to be seen what kind of space there will be for independent cinema in Saudi Arabia’s developing cinema market in the long run.

”What we’re seeing is that the majority of exhibitors are extremely dependent on tentpole titles which makes their programming quite lazy. In the long run, this will damage the theatrical business. Most exhibitors are now programming for the lowest common denominator while in fact, there is an industry that can and should be built from scratch,” he said.”

“I suggest you look at what trailers are played with films like The Father or … and I guarantee you they will be playing trailers for the likes of Marvel, Disney and DC… completely missing out on the target audiences. A real pity but we’ll fight for what’s right. Always have. There is definitely an audience… it just needs to be nurtured.”