Nicolas Atlan and Terry Kalagian have joined the French major. 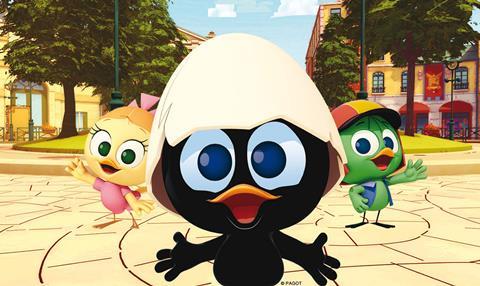 French major Gaumont has expanded its US operation with the appointment of two new executives for a new animation division in LA.

Nicolas Atlan, who formerly worked at Splash Entertainment, has been hired for the newly created LA-based role of president of animation.

He will be joined by LA-based Terry Kalagian – previously a VP in business development at Rainmaker Entertainment – in the position of creative VP of animation.

“Having worked in the both Paris and Los Angeles, Nicolas has an excellent track record in the world of animation. While at Splash Entertainment, he produced and sold Kulipari: An Army Of Frogs to Netflix and the animated feature film Norm Of The North to Lionsgate,” said Riandee.

“He is the perfect executive to blend our European and new US animation divisions, as well as helping Gaumont expand into the arena of animated feature films and increase its production activity on the television side.

Gaumont’s US activity until now has focused on high-end scripted series such as Narcos and Hannibal. Its French-produced animation credits include Calimero.