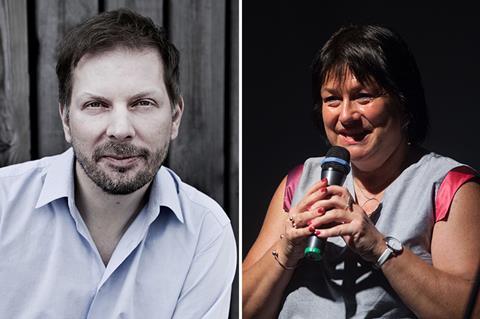 After months of speculation in the German film industry, independent producers Simone Baumann and Helge Albers have now been appointed as the new managing directors of German Films Service + Marketing and Filmförderung Hamburg Schleswig-Holstein, respectively.

Baumann, who has been representing German Films in Central and Eastern Europe since 2003 in addition to her role overseeing documentary production at Leipzig-based Saxonia Entertainment, was confirmed as the successor to the present incumbent Mariette Rissenbeek at a meeting of the promotion agency’s supervisory board in Munich yesterday (3 December).

55-year-old Baumann will begin her new position on Feb 1 2019, with Rissenbeek taking over from Dieter Kosslick as managing director of the Berlinale from next March after his last outing as festival director.

The news of Baumann’s appointment came as she was in Moscow overseeing the 17th edition of the annual Festival of German Films which was opened by Wolfgang Fischer’s Styx.

Meanwhile, at the other end of the country, the supervisory board of the regional film fund for Hamburg and Schleswig-Holstein confirmed yesterday that 45-year-old producer Helge Albers will succeed Maria Köpf as the fund’s new managing director with effect from April 1 2019.

Köpf, who had held the position since 2016, will be moving back to Berlin to take up her new position as co-managing director of the German Film Academy.

His credits as a producer over include the documentaries Full Metal Village, Comrades In Dreams, As Time Goes By in Shanghai, Football Under Cover, the Golden Lola-winner Above And Below, the Oscar-nominated short Ave Maria as well as Julia Loktev’s The Loneliest Planet and Sabiha Sumar’s Locarno Golden Leopard winner Silent Waters.