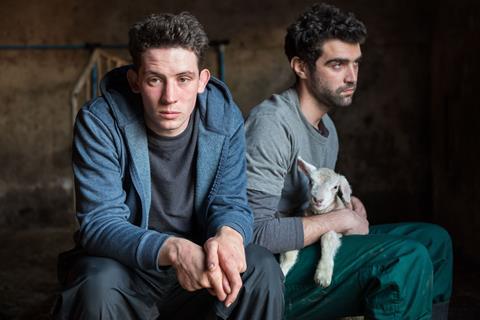 Principal photography has started in Yorkshire on romantic drama God’s Own Country, the debut feature of writer-director Francis Lee.

Director Lee, whose award-winning shorts have screened at the BFI London Film Festival, Slamdance and Sheffield Doc/Fest, has explored what might have happened if he had stayed in his local community in rural Yorkshire and begun to farm instead of leaving to study at drama school.

God’s Own Country is the story of farmer’s lad Johnny (O’Connor) who has shut down emotionally to ensure the survival of his family’s struggling farm. When migrant labourer Gheorghe (Secareanu) arrives to help with lambing time, an intense emotional relationship erupts between the two men, forcing Johnny to confront what it feels like to love and be loved for the first time.

The film is financed by the BFI and Creative England, who previously supported its development through the iFeatures programme.