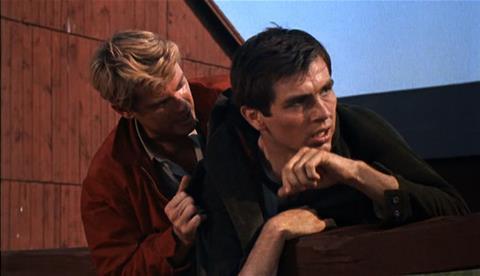 The distributor has picked up all US rights from Sloss Eckhouse LawCo to Michael Almereyda’s documentary and plans a summer theatrical release followed by VOD and home video.

Escapes centres on Hampton Fancher, Flamenco dancer, film and TV actor, and the producer and screenwriter of the sci-fi film Blade Runner and its upcoming sequel Blade Runner 2049.

Fancher’s running commentary – with help from the late author Philip K. Dick and original Blade Runner director Ridley Scott – is paired with extensive archival footage as he relates death-defying escapades from a remarkable life on and off the screen.

Anderson, a longtime friend of Fancher, served as executive producer and David Brendel is consulting producer.

“Escapes has something to say about the connections between art and life,” Almereyda said. “We tried to capture the spirit of duende that Hampton invokes – and measures himself by – and defines as ‘anything that wants to live beyond its limits, that is expressive and crazy.’ I’m very pleased that Grasshopper has embraced the film, as they have a habit of supporting work that fits this description.”