The Greek Film Centre (EEK) has appointed a female filmmaker for the first time in its history. 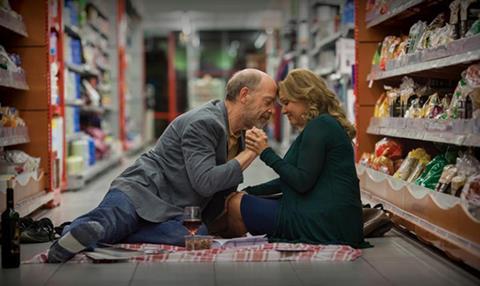 The versatile filmmaker Electra Venaki has been appointed director general of the Greek Film Centre (EKK), marking the first time that a woman has helmed the organisation.

The appointment follows sweeping changes within the organisation last January and the installation of a new board by the Culture minister.

During her 20-year experience in the film industry Venaki specialized in editing and sound design and is known for her close association with the acclaimed late Greek director Alida Dimitriou.

Venaki was in charge of audiovisual production in the Lambrakis Press Group and chief editor of Greek media site in.gr from 1999 to 2005.

Among her immediate tasks will be lobbying for the re-establishment of the special levy on cinema admissions, which was unexpectedly scrapped last August by the government.

The levy was generating between four and eight million Euros for the industry as a whole, depending on the yearly box office, but to date the culture and finance ministries have turned a deaf ear to film community pleas for its reestablishment. On top of that, the VAT on cinema tickets was raised to 23% from 13%.

The abolition of the levy comes at a time when local box office stablised at 9.8m admissions (up from 8.9m in 2014) between September 2014-2015, following some strong performances from local titles, which ordinarily benefit from the levy.

The Papakaliatis film, sold worldwide by LA-based 13 Films, spearheaded a number of other successful local titles at the box office such as Manousos Manousakis’s Blood Sunday (Ouzeri Tsitsanis) with 135,000 admissions and Tasos Boulmetis’ Mythopathy (Notias) with 117,000 admissions.

So admisions are again expected to come close to 6m this year, boosted by local hits, but industry observers expect the EKK to run out of production funds unless the levy is reinstated. The annual government subsidy currently runs to €1.6m, almost half of which is going on operational costs.

Panos Papahadzis, president of the Audiovisual Producers’ Association of Greece (SAPOE), told Screen that “the abolition of the levy, the lack of the implementation of the law stipulating that 1.5% of the income of terrestrial TV stations should be invested in film production, and the intention of the government to raise taxes on the local cable TV channels which are the only ones that continue investing in film production, is leading to the ruin of the local film industry. SAPOE has appealed to the State Council against such government policies”.

The president of the Hellenic Film Academy (HELFIAC) Vasilis Katsoufis was another to slam the government for the lack of a comprehensible cinema policy during the recent ceremony of the HELFIAC-Iris awards.

Among other urgent matters expected to be addressed soon by Venaki and the board is the long delayed creation and staffing by the EKK of a Film Commission Office, which would ideally be accompanied by tax incentives from the finance ministry such as tax rebates in order to lure foreign productions to the country.