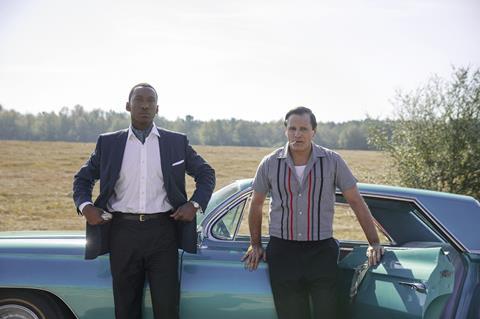 Green Book was named Best Film of the year by the National Board of Review (NBR) on Tuesday (27) and Viggo Mortensen claimed best actor, while Bradley Cooper earned best director for A Star Is Born and his co-star Lady Gaga was named best actress.

“We are proud to honor Green Book as our best film – it is a warm and heartfelt look at a remarkable friendship, brought to the screen at a moment where its story of love, compassion, and shared humanity deeply resonates,” said NBR president Annie Schulhof. “We are also thrilled to award Bradley Cooper as our best director – he is an extraordinary talent behind the camera, bringing a fresh and modern perspective, as well as superb craftsmanship and tremendous heart, to the classic story of A Star Is Born.”

Honourees will be celebrated at the NBR Awards Gala on January 8, 2019 at Cipriani 42nd Street in New York.

William K. Everson Film History Award: The Other Side Of The Wind and They’ll Love Me When I’m Dead

NBR Freedom of Expression Award: On Her Shoulders

Top Films (in alphabetical order)
The Ballad Of Buster Scruggs
Black Panther
Can You Ever Forgive Me?
Eighth Grade
First Reformed
If Beale Street Could Talk
Mary Poppins Returns
A Quiet Place
ROMA
A Star Is Born