The winners of the 2017 Hong Kong Asia Film Financing Forum have been announced. 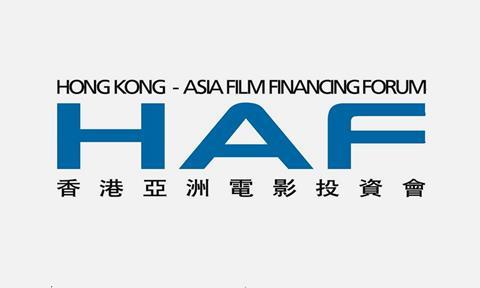 Tommy Tom Chung-sing’s Impossible Split was presented with the HAF Award for a Hong Kong project at the close of this year’s Hong Kong Asia Film Financing Forum (HAF, March 13-15).

Impossible Split, produced by Hong Kong director Adam Wong (The Way We Dance), is based on the true story of Hong Kong bowling athlete Wu Siu-hong, who was diagnosed with cancer at the age of 30. Panahandeh’s project is a contemporary Shakespeare adaptation with a female character in a main role.

The iQiyi award, presented by the Beijing-based streaming platform, went to Yang Long’s The Patient, produced by Zhou Jia. The project, about a Chinese teenager being treated for internet addiction, received a cash award of $12,900 (HK$100,000).

The mm2 award, which also came with a cash prize of $12,900 (HK$100,000), went to Hong Kong filmmakers Kenneth Lai Siu-kwan and Paul Sze Pak-lam’s Forget You, Still Love You? mm2 Entertainment is a Singapore-based producer and distributor, which unveiled its new slate at Filmart.

The $10,000 HAF/FOX Project Award, which aims to encourage the development of Chinese-language cinema, went to Danlly Li’s Drifting Lives, produced by Ray Chan.

Singapore filmmaker M. Raihan Halim’s La Luna picked up two awards – the Wouter Barendrecht Award of $6,400 (HK$50,000) and the White Light Post-production Award for a HAF project, which came with $15,000 worth of post-production services from White Light’s Bangkok facility.

Bangkok-based post house G2D also gave two in-kind awards, each worth $15,000, to Honey B Singh’s Singapore-Canadian co-production I Am A Banana!, which was selected for HAF, and Vietnamese filmmaker Nguyen Phuong Anh’s The Third Wife, in the Works-in-Progress Lab.

The Wutianming Post-production Award, for in-kind post services worth $44,000 (RMB300,000), went to Degen Yun’s Rainbow Mountain, produced by Zhang Yang. Wanda’s award for a project in the WIP Lab, which came with a $12,900 (HK$100,000) cash prize, went to Jay Chern’s Taiwan-Japan co-production Omotenashi.

The Paris Co-production Village Award, which covers cost of Euros4,000 towards the project attending the Paris co-production event, was presented to  Nakano Ryota’s The Asadas, produced by Ogawa Shinji.