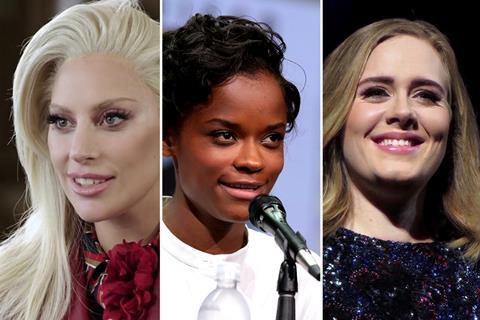 The Academy has invited 842 people from 59 countries – half of them women – including Lady Gaga, Adele, and Black Panther star Letitia Wright, to join the ranks in 2019.

Not every one of the 842 may choose to join the Academy, although based on recent years, the acceptance rate is in the high 90% range. Besides women accounting for 50% of the new invitees, the Academy said on Monday (July 1) that were every invitee to join it would boost overall membership of women from 25% in 2015 to 32% in 2019.

Some 29% of the new invitees in 2019 are defined as people of colour. Were every one of Monday’s potential new members to join the Academy, representation of people of colour among overall Academy membership will have climbed by 100% over the last four years, rising from 8% in 2015 to 16% in 2019.

Agency figures Roeg Sutherland and Jeremy Barber are among the non-voting associates.