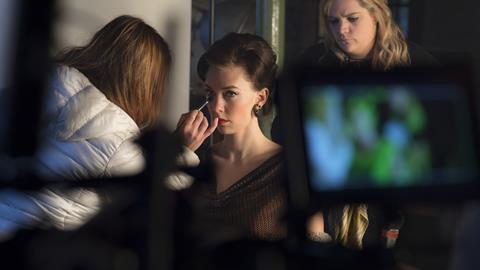 UK literary agents are navigating an unprecedented boom in UK production, with demand for their writing and directing clients at fever pitch.

“My clients are so busy at the moment,” said one literary agent at a major London agency. “Everyone is scrambling around to hire [the best talent], it’s very difficult for producers to get to them.”

The majority of the growth is in the high-end TV sector, the production of which tends to tie up clients for much longer than film. (The inward investment feature boom is doing a good job on its own of employing UK actors and crew). Netflix alone said it has has shot some 40 productions in the UK this year, while the major broadcasters are responding to the competition from the US streamers by making increasingly larger-scope series.

“Even if you sign people in theatre, they are relatively quickly writing television as well,” said another agent.

Agents Screen talked to for this piece preferred to speak on the condition of anonymity. Even as the profession becomes more visible, there remains a wariness of speaking to the media with most representatives content to operate quietly in the background.

This lack of desire for attention endures despite what was always a competitive sector becoming even more fiercely competitive in recent years. There are now three times more agents than there were five years ago, one suggested. “We’re bursting at the seams here with really good young agents,” they observed of their company.

Pull of the US

It has been an enduring belief that UK writers and directors need to head to the US to maximise their potential and their earnings - and secure a US agent in the process - but some agents insist this is no longer the case as there is now enough work and good money to be made in the UK.

“If you are Laurie Nunn and you’ve just created Sex Education, and it’s a global hit and is probably going to run for five seasons and you’re not going to be available for that time, why would you need a US agent?” said one agent on the rising local writing star (who is not their client). “The business is getting smaller. The world is smaller. There’s less of an appetite to export and use a US agent’s help to break into the US market.”

Nunn is represented by Independent in the UK and does not have a US agent at present, although several US agencies are understood to be vying to step into that role.

“My clients aren’t that desperate to go to the US,” said another agent. “But other agents encourage it because it feels like the normal thing to do. I don’t have that attitude and neither do my clients. There’s enough work here and quite a few of my clients are finding themselves incredibly busy and feeling like they don’t need US representation because they can’t actually take on any more work.

“[If I set them up with a US agent] I’ll suddenly have a massive team [in the US] sending me loads of projects, and the client’s work volume will increase because they have lots of people to answer to who are sending them stuff, even though they’re not available. With my clients, we’ll know if and when it’s the right time.”

However, one agent cautioned not taking on a US agent doesn’t work for every client, and that there are still bigger paydays to be landed.

“I would always counsel you go to the US when it’s calling,” they said. “Chasing it, in my opinion, isn’t the way to do it. But for some it is still the holy grail. There is still a very big difference in how much you get paid for working in American television [versus UK television] – for directors going over to America, it can still work out very well.”

US agencies in London

UK writers and directors have always been highly prized thanks to the country’s film schools and literary heritage. Global demand for them is now more feverish than ever. It makes sense the major US agencies will further increase their presence in London. This potentially could happen with the acquisition of an existing UK outfit, though this has long been mooted and has yet to happen.

The US agencies tend to keep their UK activities relatively quiet. ICM has a London office, including a handful of TV-focused agents, while CAA has agents in town, as does WME.

But a history of mistrust between UK and US agents, caused by battles over clients which have soured relationships, suggests a formal move into the UK by a US agency would not be welcomed with open arms.

“There would be a strong reaction to that,” said one agent. “I don’t think we need them over here.”

For writers, the ongoing WGA-ATA dispute has made the question of US representation tricky. UK writers’ agents whose clients have fired their US reps are trying to figure out how to elegantly process a list of incomplete, stalled deals.

“There’s quite a lot of a backlog, deals that were done before the code of conduct came into place and they [our clients] fired their US agents,” said one UK rep.

While UK agencies are not strictly in the jurisdiction of the dispute (though the WGA did send letters to all of the major agencies in London about the code of conduct) it would be “problematic” for UK agents to try and represent those clients for deals in the US.

Instead, US lawyers are being drafted in to complete deals that were placed in limbo by the WGA’s demand for writers to fire their agents. “If they [the WGA] heard we’d finished a deal off, they’d probably go after our client – we don’t want to put them [the client] in hot water,” said the rep.

Another agent highlighted a recent example of a tricky situation caused by the dispute, “One writer I represent, who had only just joined the WGA, fired his rep at a major US agency. They had deals that were close but not papered – it was a bloody nightmare because the US agent downed tools, so we had to get a lawyer to do it for a flat fee.”

What may also be complicating matters is none of the major UK agencies would actually be able to sign the WGA’s new code of conduct, due to their affiliate production companies. They include Casarotto Ramsay and United Agents (Chapter One); Curtis Brown (Cuba Pictures); Independent Talent (Expanded Media); and 42 is a management and production company by definition.

No room for the B+ talent

One positive impact of the production boom, according to several agents, is it’s now easier to blood new writing talent, with writing rooms for major series constantly needing staffing. This is having a particular impact on female writers, who are in high demand.

“The voracious appetite for female directors has completely skewed the business,” said one agent. “There’s an unofficial quota-based system. When projects are greenlit, they have to hire a certain number of women directors. It’s a good thing the gender balance is being righted.”

But for agents with a client list composed largely of experienced, white, middle-aged men – a demographic that has long dominated the director and writer pools - the new era is proving a challenge.

“When you represent white middle-aged male TV directors who have been working regularly for 15 years and have two kids and a mortgage and they’re not getting work at all, it’s terrifying for them,” said one agent. “Instead of competing with two other directors for a block of TV, they’re competing with 10 other white men.”

“There’s a lot of people who are less exciting and have been around for a while, they’re not getting much work,” said another agent. They note their experienced clients who have made a living jobbing on solid TV gigs are now struggling to lock-down consistent work. “If you’re excellent, you’re always going to be getting opportunities. There’s no room for the B+ anymore.”