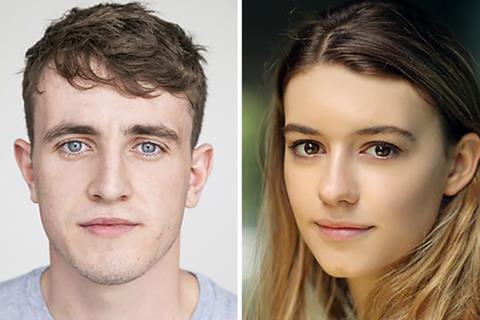 Hulu has picked up Element Pictures’ half-hour drama series Normal People, based on the novel by Irish author Sally Rooney, for the US.

The series is being produced for BBC Three in the UK and is set to start shooting next week in Dublin. It stars Daisy Edgar-Jones from Cold Feet and the upcoming War Of The Worlds series, alongside newcomer Paul Mescal. Endeavor Content is handling international distribution.

Lenny Abrahamson, director of Element feature Room, will direct the first six episodes of the series and Hettie McDonald, one of the directors on Sky mini-series Hit & Miss, the remaining six. Rooney and writers Alice Birch and Mark O’Rowe adapted the novel, published in the UK last autumn as the follow-up to the author’s Conversations With Friends and only just released in the US.

First announced by the BBC last summer and set to premiere next year, Normal People tracks the relationship between two people from the end of their school days in a small town in the west of Ireland to their undergraduate years in Dublin.

Hulu vice-president of content development Beatrice Springborn said, “From the moment we read Normal People we were smitten. This anatomy of a will-they-or-won’t-they romance perfectly and uniquely captures the highs and lows of young true love. With our incredible partners Lenny, Sally, Alice, Mark, Element and the BBC Three we can’t wait to bring the beloved novel to life and share the series with the world.”

Rooney added: “As a longtime admirer of Lenny Abrahamson’s work, it’s a special privilege for me to be working alongside him on the adaptation of Normal People. I couldn’t be happier with the cast and team we’ve put together, and I’m very excited to watch them bringing new life to the story on screen.”