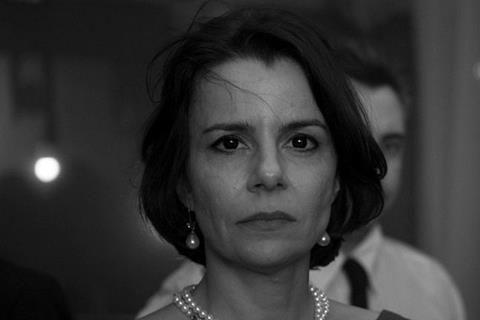 Agata Kulesza, who rose to international prominence after her role in Pawel Pawlikowski’s Oscar-winning drama Ida and also appeared in his Cold War, has boarded the cast of Aleksandr Mindadze upcoming drama Parquet.

The film is the story of three dancers, the creators of the tango à trois, who reunite for an encore performance 25 years after breaking up. Now middle-aged, they see this opportunity as their last chance to re-live their youth and to re-ignite their past love.

Both Kulesza and Chyra have won multiple Polish Film Awards in their careers. Dodina is an Israeli actress known for her work across screen and stage.

The film started shooting on Feb 6 in Constanta, Romania. Passenger Studio’s Aleksandr Mindadze and Liza Antonova are producing. Denis Krupnov’s London-based Reason8 is also acting as a production company and will be handling worldwide sales.

Bucharest-based Alien Film, which recently served as co-producer on BBC series Killing Eve, is the Romanian co-producer on the project. It is an unofficial co-production between UK, Russia, Romania and Poland.