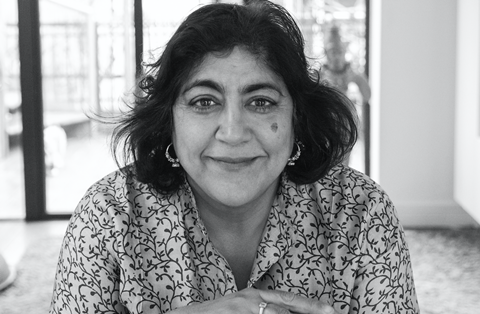 The three companies are collaborating on a project entitled Seeker, which traces the rise of a small village guru who becomes a “steely, enigmatic mystic” with a “vast and byzantine empire” that has influence worldwide.

Described as a multi-season drama series, the project is currently being scripted by a writers’ room of international talent. Although primarily Hindi-language, the show will shoot at various locations in India and overseas, so is likely to incorporate multiple languages. It will also feature an Indian and international cast.

Applause Entertainment CEO Sameer Nair said: “Gurinder’s passion for telling stories and the global expertise of Locomotive Global aligns well with our philosophy and strength for investing in and creating outstanding premium content.”

Chadha said: “As an international director and producer, I have been inspired to witness the strong appetite that both Indian and global audiences have for original, ambitious, border-crossing drama series.”

Owned by India’s Aditya Birla Group, Applause has previously produced web series for platforms such as Disney+Hotstar, Amazon, Netflix and MX Player, including Indian versions of Criminal Justice, The Office and Hostages.

The company’s shows based on original scripts include Rasbhari, City Of Dreams, Bhaukaal and Hasmukh. It is currently working on local adaptations of Israeli show Fauda and the UK’s Luther.