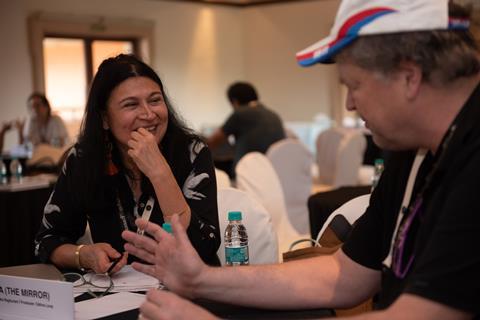 Film Bazaar, organised by India’s National Film Development Corp (NFDC), has announced the 21 projects selected for the Co-production Market (CPM) of its 2020 edition, which will take place online next month (January 16-21, 2021) after being postponed from its usual November slot.

The line-up includes projects in 17 South Asian languages originating in India, Bangladesh, Nepal and Sri Lanka, as well as co-productions with Canada, China, Netherlands and France.

In addition to its usual awards, Film Bazaar has collaborated with the French Embassy in India, which is sponsoring the French Institute Award to be awarded to one selected CPM project.

Film Bazaar also announced the five projects selected for its Work-in-Progress (WIP) Lab, which in the past few years has yielded projects such as Ajitpal Singh’s Fire In The Mountains, selected to premiere at Sundance 2021, and festival favourite Eeb Allay Ooo!

The annual event, which in non-pandemic times takes place in Goa, will also screen 195 films in its Viewing Room library, including 129 features and 66 shorts. Among these, 20 features will be highlighted in the Film Bazaar Recommends (FBR) section.

Knowledge Series will also take place online with a full programme of webinars, including pitches from the filmmakers selected for FBR and Co-production Market. The pitches will be available to watch in different time zones.

PAKA - The River Of Blood [Malayalam]

How Long Is Tomorrow? (Baksho Bondi)

My Home Is In The Hills

The Shape Of Tiger

What We Lost In The Fire