India’s OTT revenue to reach $4.5bn by 2026; Netflix ahead in SVOD revenue share 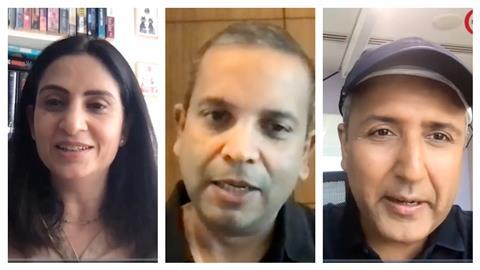 India’s OTT revenue will grow from its current level of $1.9bn in 2021 to around $4.5bn by 2026, said analysts at Media Partners Asia’s APOS India conference, while the total India video market, including pay-TV, will grow to $18.2bn over the next five years.

However, among OTT services, advertising video-on-demand (AVOD) will continue to pull in more revenue than subscription video-on-demand (SVOD), growing from its current rate of $1.1bn in 2021 to $2.4bn in 2026. Over the same time period, SVOD will grow from its current $0.8bn to $2.1bn in 2026. India currently has around 102 million SVOD subscribers, which MPA estimates will grow to 224 million by 2026.

Netflix currently leads in terms of SVOD revenue share, with 29% of the market, followed by Disney+ Hotstar with 25% and Amazon Prime with 22%. However, Disney+ Hotstar, which has a much lower subscription price than Netflix, has the largest number of subscribers, accounting for 50% of the market, followed by Amazon Prime with 19% and Netflix with just 5% in volume terms.

Executives from all three streamers discussed market trends and future strategy at the two-day APOS virtual conference (November 23-24). India’s economy is now in recovery mode as it emerges from the second wave of Covid that shut down the country in March 2021, and while the pandemic interfered in the production of fresh content, it has also accelerated India’s adoption of OTT services.

Other factors driving growth are India’s young demographics; growing connectivity and lower data costs, spearheaded by telcos such as Reliance Jio; and improved digital payment systems, in particular the government’s Unified Payments Interface (UPI). In addition, around $1bn has flowed into Indian-language content for OTT services over the past year.

Among trends highlighted, Indian streaming audiences have become much more open to different kinds of content. “The language barrier has been completely broken,” said Gaurav Gandhi, country head, Amazon Prime Video India. “More than 50% of viewership for our regional programming, including Tamil, Telugu and Kannada, is coming from outside of its home state. International and foreign-language content is also being consumed here, as we could see with Parasite last year.”

Netflix India vice president, content, Monika Shergill, agreed that Indian audiences are “ready for experimentation” and noted a 400% increase in Korean content viewing, a 100% increase in kids programming and a 250% increase in non-scripted formats from all over the world.

Both Amazon and Disney+ Hotstar have premiered movies that were made for cinemas but not able to release during the pandemic, while Netflix has been more focused on its own slate of film productions, which were never intended for theatrical. Gandhi and Disney+ Hotstar president Sunil Rayan both said they welcomed the reopening of cinemas, and that India will continue to be a cinema-going nation, but that some movies would inevitably continue to premiere on digital platforms.

While India is a mobile-first market, another trend highlighted by several speakers during APOS is the increase in consumers accessing OTT services via connected TVs, which again is a result of the pandemic as viewers were more willing to upgrade their hardware when forced to stay at home.

Aggregation was also flagged as an interesting development with offerings such as Tata Sky Binge, a mobile app with two packages at different price points that aggregates content from 10 OTT services including Disney+ Hotstar, ZEE5, SonyLiv and Eros Now.