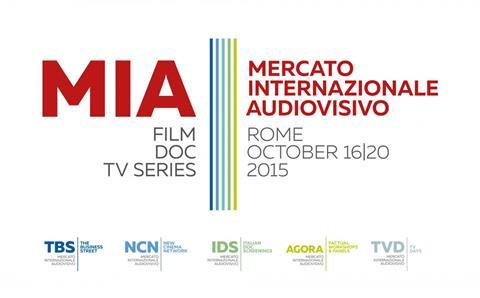 The Italian film and television industry has launched MIA, a new international market that will span cinema, TV, documentaries and videogames, to be held during the Rome Film Festival.

The first edition of MIA (Mercato Internazionale Audiovisivo, which translates as International Audiovisual Market) will run from October 16-20, 2015.

Associations involved in organising the market include for film, Anica (National Association of Cinema and Audiovisual Industries) and the Fondazione Cinema per Roma; for TV, including Agorà’s activities, the APT (Association of Television Producers); and for documentaries, the Doc/it association.

At a press conference today, it was revealed that MIA will offer film industry professionals networking opportunities, screenings, panels, lectures, workshops, co-production meetings, roundtables, as well as focuses on the latest market trends, on co-production and distribution at the global scale, paying particular attention to new platforms, transmedia storytelling and gaming with the participation of AESVI – the association of Italian Videogame Publishers and Developers.

MIA will primarly be held at Rome’s Baths of Diocletian, which will be the venue for the co-production meetings and networking activities.

The nearby Hotel Boscolo Exedra, near Piazza della Repubblica, will host the conferences and meetings between buyers and world sales, while the Quattro Fontane multiplex will be reserved for the screenings.

MIA is directed by Lucia Milazzotto, the former director of marketing at World Content Pole and head of Rome’s New Cinema Network. She is also a former Locarno Film Festival collaborator

Milazzotto will be assisted by two specific boards for cinema and television, composed of world sales, national and international producers and broadcasters, who will scout the most interesting trends, activities, and professionals around the world.

MIA has also secured the support of the Ministry for Economic Development and ICE – Italian Trade Promotion Agency, and will be endorsed by the Ministry for the Cultural Heritage and Activities and Tourism, and by Istituto Luce – Cinecittà. It will also collaborate with the Roma Lazio Film Commission, working in synergy with the Italian Film Commissions.