The organisation is upping its archive efforts after purchasing digitisation technology. 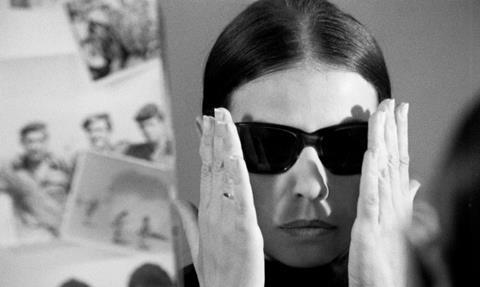 For the past three years, Jerusalem Film Festival (JFF) has hosted screenings of digitally-restored Israeli classics commissioned by the Cinematheque’s Israel Film Archive. This year’s selection is drama Siege (Matzor), Gilberto Tofano’s 1969 feature about a woman who tries to put her pain behind her after losing her husband in the 1967 Six-Day War, which screens at JFF on Wednesday (July 19).

The archive is “a national treasure,” says festival and Cinematheque executive director Noa Regev. “It’s the core element of all of the Cinematheque’s activities,” she adds. “When I entered this position, it was clear to me that the most important project was to establish the digitisation and preservation efforts.”

Restoring Siege [pictured] was originally proposed three years ago, reveals Meir Russo, the festival’s archive manager. The project was postponed due to budgetary pressures – it costs at least €22,000 to restore each feature – but the team kept Siege in the backs of their minds because, notes Russo, “it’s a unique film”. Regev agrees: “Siege should receive much more attention in Israeli culture. It was one of the first films to deal with war and mourning from a female perspective.”

The restoration process didn’t begin until late February 2017, when the master negative was sent to Cinelab Romania in Bucharest to be scanned into digital 4k. It then came back to Israel for restoration at post-production house Opus Productions’ digital lab. The project was supported by United King Films, which owns the rights to the film, and the Rabinovich Foundation. The process was in part overseen by David Gurfinkel, the original film’s cinematographer, who will attend the festival screening.

Russo praises Regev for the backing she has given the archive, which has seen it produce two high-profile Israeli feature restorations in the last two years: Three Days And A Child, which played in Jerusalem in 2015, and Avanti Popolo, which played here last year and at the 2017 Berlinale in its Classics programme. The digital restoration of Siege premiered at this year’s Cannes Film Festival in the Classics strand, and has already been programmed for festivals in Australia and the US; the original film premiered in Competition at the 22nd Cannes Film Festival in 1969.

This year, the Cinematheque is redoubling its efforts to digitise the archive, with the plan bolstered by the establishment’s recent purchase of its own digitisation technology, which makes it the first Israeli lab to be able to complete the process. There are around 30,000 films housed in the archive, a figure that Regev estimates represents “95% of all Israeli fiction and documentary films”.

They are aiming to digitise the entire archive within the next five to seven years, including features, shorts such as the Lumiere Brothers’ 1896 film Leaving Jerusalem By Railway, and historical newsreels, including an item from the 1950s about disgruntled Israeli cinema owners protesting for a better share of screening profits, which was unveiled at the festival last night. After the festival, they are planning to set up a committee of directors, producers, journalists and archivists to advise on which titles should be restored next.

During this year’s restoration, the archive team unearthed behind-the-scenes footage from the production of Siege, which has since been digitised in the Cinematheque lab and will be shown alongside the screening on Wednesday. “It’s proof of how many unbelievable treasures will be found,” comments Regev.