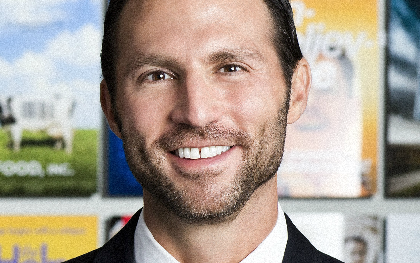 Jonathan King will step down from his role as president of narrative film and television at Participant Media to pursue independent production.

King, who expects to announce his first project “imminently”, has been with Participant Media for 12 years, working alongside documentary film and television chief Diane Weyermann.

In that time he has assembled a slate that include best picture Oscar winners Spotlight and Green Book, triple Oscar winner Roma, foreign-language Oscar winner A Fantastic Woman, as well as A Monster Calls, Deepwater Horizon, The Help, and The Best Exotic Marigold Hotel.

Participant and King said on Tuesday that they plan to collaborate in the future, including on multiple projects King shepherded.

He will segue into his new role in approximately five weeks and will work with CEO David Linde and the Participant leadership team on transitioning to the next phase for Participant’s narrative film and television group. Upcoming narrative titles from Participant include Ava DuVernay’s limited series When They See Us at Netflix, Alejandro Landes’ Monos with Neon, Todd Haynes’ untitled feature with Focus Features, and Just Mercy with Warner Brothers.

Participant Media founder Jeff Skoll said, “Jonathan has been a pillar for good in my life for the last 12 years. He was an early and fervent believer that Participant could make an impact on global society through entertainment, specifically by telling excellent stories about the world’s most pressing issues. He’s been a steady force behind some of our greatest successes. Jonathan’s relationships with the creative community, his complete professionalism, and his sheer goodness as a human helped shape Participant to be what it is today. I am so grateful Jonathan brought his many talents to Participant years ago. We will miss him as a colleague but look forward to collaborating with him on future projects.”

Linde added, “I would not be at Participant if not for the years of friendship I have had with Jonathan. His professional track record speaks for itself – but his humanity is what is most important to all of us at Participant, and what we treasure above everything. We are very supportive of his next chapter; he’s going to hit it out of the park.”

“Words can’t express how grateful I am to Jeff for his extraordinary trust and support,” said King. “Jeff leads by example, and his natural generosity and optimism have forever influenced my thinking about what is possible, not just in entertainment, but in the world at large.

“The experience of working alongside Diane, David and so many other talented and dedicated colleagues over the years will be difficult to beat. It’s impossible not to have mixed feelings, but the strongest of them is pride in what we built together, and I look forward to remaining part of the Participant family in another capacity for years to come.”

Weyermann added, “Having worked with Jonathan for the last 12 years, I can’t fully express the joy and gratitude I have for his continued support, camaraderie and most of all friendship. There has been no greater partner and creative collaborator. I will miss him dearly, but am truly happy for him as he embarks on his new journey.”