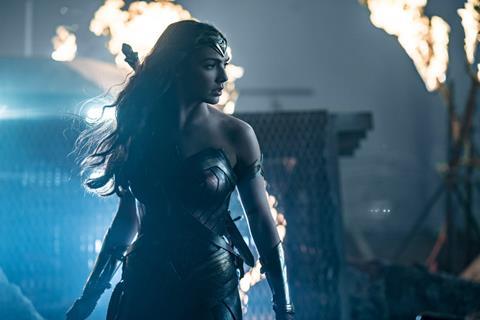 The tentpole took $5.6m in the Philippines for a record Warner Bros debut, and $3.9m in Taiwan for the second biggest opening for a Warner Bros film behind Wonder Woman. Italy generated $3.6m, Malaysia $3.4m, Spain $3.1m, and Germany $3m.

By region, executives reported a $40.1m gross in Asia that ranks as the studio’s second biggest behind Batman vs Superman, and $35.9m in Latin America where the film is top everywhere and delivered the biggest debut of the year-to-date. In Europe, Justice League generated $49.2m.

Pixar’s Coco had another strong weekend in its early Mexico engagement with the fourth weekend generating $4m, bringing its running total to $48.4m. Coco ranks as the highest grossing release of all time in Mexico in local currency. The film will kick off an extended global roll-out this week starting in China, India, Russia and 18 additional territories day-and-date with the US.

UPDATED: Murder On The Orient Express added $20.7m in 54 markets, lifting the international tally to $96.5m. Russia generated $3.2m for second place and an $11.9m running total while the UK produced $3m for $23.1m. Germany dipped just 12% from last weekend on $2.2m for $5.6m and Australia produced $2.1m for second place and $6.3m. Overall, Murder is outpacing Gone Girl by 98% in the same group of markets at current exchange rates. The film opens in 11 markets this week, including Spain and Sweden.

UPDATED: Universal and Blumhouse’s Happy Death Day grossed a further $7.9m from 52 territories for a total of $43.5m. With $55.4m from North America, the horror has reached $98.9m. The film opened in France on Wednesday at number two on $1.6m. Germany generated $1.3m for sixth place, while Switzerland’s opening weekend in both the French and German regions has produced $270,000.

Marrowbone, the thriller from Spain that was produced by J.A. Bayona and is being released by Universal, is holding strong in its fourth week of release, grossing $776,000 for a total of $6.5m. Meanwhile, Victoria And Abdul grossed another $689,000 in 30 territories to raise the international total to $39.9m. Combined with $21.7m from North America, the worldwide total is $61.6m. Brazil generated $202,000 from a limited opening. The  historical drama debuts in Argentina, Mexico and Vietnam this week.

Universal and Working Title’s The Snowman grossed $585,000 from 28 territories over the weekend for $30.5m internationally, and $37.3m globally. Belgium produced $105,000 in its first session, while Turkey generated $35,000 from a limited release of 57 dates. Michael Fassbender’s crime thriller debuts this week in Brazil, the Philippines and Russia.

Scandinavia (Denmark, Finland, Norway, Sweden) added $476,000 from 313 locations in this weekend, for $2.3m, which is 7% behind Bad Moms, 88% ahead of Horrible Bosses 2, 32% ahead of Neighbors 2, and 188% ahead of Office Christmas Party. The comedy starring Mila Kunis, Kristen Bell, and Kathryn Hahn debuts in the Midde East this week.

STXfilms’ The Foreigner currently stands at $135.2m, with $101.3m coming from international markets, and $33.9m from North America.

Jigsaw crossed the $50m international mark after four weeks in release, thanks to a further $4.1m from 74 markets. The international total stands at $52.4m. The UK is the top grossing market on $6.5m, while Russia has produced $5.1m, Venezuela and Germany $4.9m each, and France $3.6m. Spain and Brazil are the next major markets to release this weekend.