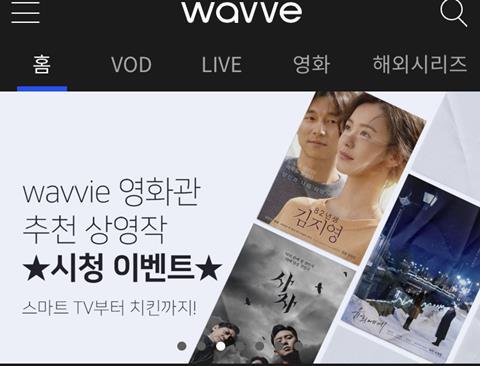 The Association of Korean Buyers & Distributors of Foreign Films (KBDF) has announced that its members will no longer provide film titles to local OTT streaming services such as Watcha and waave.

The 13 member companies of KBDF, which include Atnine, Jinjin Pictures, Cinelux, Green Narae Media and Korea Screen, stated they had come to this decision after a forum held last month to discuss “measures to stop the collapse of the VOD market” in the midst of the changing Korean film industry landscape.

The forum was attended by 30 representatives of member companies along with ancillary rights handlers.

”IPTV services of course start out charging KW10,000 ($8.43) [around the time of theatrical release] and lower the prices incrementally as time goes on, but ancillary rights handlers keep trying to shorten the holdback periods. Consumers will get used to the idea that they don’t have to pay much for content, but after a while, content creators will not be able to stay in business and there will be nothing for consumers to see.”

He added: “Companies like Netflix, Amazon and Disney at least invest in creators and pay rights holders so they are partners that we can go together with in the film industry. Their standards are transparent, but Watcha and local OTT services are not.”

Watcha made its own statement to local media yesterday that it is a subscription-based streaming service that maintains “fair and transparent accounting” according to its contracts with ancillary rights holders, and took issue with being asked by the association to basically establish pay-per-view (PPV) services and “abandon the OTT model itself and provide services that are the same as IPTV”.

The platform added that of its more than 80,000 titles, service for about 400 films will have ended by the end of this month due to the KBDF decision, and said it plans “to do our utmost to minimise the damage to current service users.”

KBDF director Hejoon Son noted the association is working together with rights holders and talking with OTT services to hold closed-door talks as well as an open forum later this month.

“How can we keep creating contents with profits disappearing? The local ancillary market is worth about KW500m ($422m). We need to find a way to shape the market so we can have mutual growth together,” he said, adding the association’s definitive declaration seems to be working in bringing OTT service providers back to the table for serious discussions.