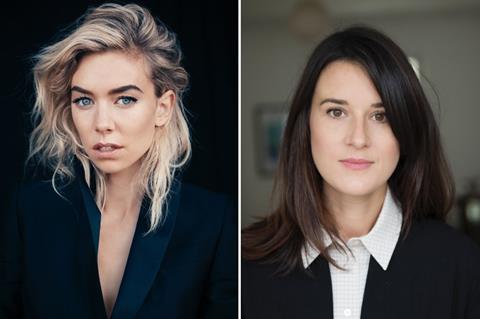 Kirby and Dark - whose credits at Film4 have included The Father and Censor - will develop and produce a slate of feature films with a focus on projects that explore the spectrum of the female experience. ”In Lauren I’ve found a true ally and we are united in our ambition to explore stories that relate to the uncharted female experience,” said Kirby, who was named a Screen UK & Irleand Star of Tomorrow in 2011.

”We share a passion for telling untold stories in their most ambitious and dynamic form,” added Dark. ”It has been an enormous privilege to be at Film4 for the past four years with such a talented and supportive team, alongside some of the very best filmmakers.”

David Kosse, vice president of international original films, Netflix, said: “Vanessa has delivered powerful and unforgettable performances as an actor and we know that she will equally captivate audiences with her creative vision as a producer.”