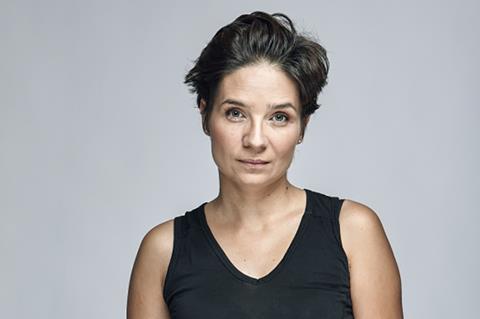 Hungarian filmmaker Kocsis will attend with romantic drama Iron Song, about the real-life love story between Latvian composer Imants Kalniņš and US writer Kelly Cherry in the 1960s.

Polish director Agnieszka Smoczyńska will present her first English-language project Silent Twins, about siblings who communicate using a private language of their own creation after spending 14 years in Broadmoor high-security psychiatric hospital.

Denmark’s Arnby, whose latest feature Suicide Tourist is due to go on release in his native Denmark this month, will unveil a new project entitled In The Eyes Of God.

UK director Sean Robert Dunn will also attend with his debut feature Man Accidentally Kills. It follows a trio of well-received shorts including Kingdom Come which debuted in Venice’s Orizzonti section this year.

Further breaking the selection down, the festival said 12 of the projects were first features, four were second features and six were by more established filmmakers.

The festival also released details of its other industry focused events, running Dec 14-18.

The Work In Progress section – which has previously showcased features such as Rungano Nyoni’s I Am Not A Witch and Nora Fingscheidt’s System Crasher – will run over two days this year. The list of participants will be released in the coming days.

The industry programme will also host the second edition of the Talent Village putting the spotlight on eight emerging filmmakers.

The group undergo a workshop at the CinéFabrique film school in Lyon before attending Les Arc to network with industry professionals. A highlight of the CinéFabrique will be a masterclass by Laszlo Nemes. Isabelle Huppert is participating in the Talent Village as its guest of honour and mentor.

French distributors will also hold their annual summit (Dec 17-21) at which they unveil their upcoming line-ups and also discuss key issues currently impacting their business.

Films due to be showcased at the meeting include System Crasher (Ad Vitam), Vivarium (The Jokers Films) and Jumbo (Rezo Films)

The full-list of Coproduction Village projects: