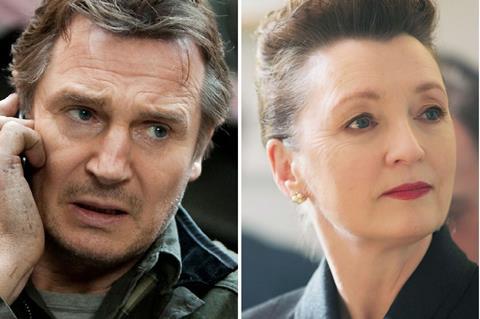 The third feature from the directing duo behind Good Vibrations and Cherrybomb centres on an everyday couple who must summon their strength and call on their extraordinary love to navigate a year of adversity.

Normal People is a Canderblinks Films and Out of Orbit production, and is financed by the British Film Institute using National Lottery funds and Northern Ireland Screen in association with Head Gear Films, Metrol Technology and Kreo Films.

The film shot on location in Northern Ireland and is currently in post-production. Bleecker Street will distribute theatrically in 2019.

“This is such a beautiful story of love and commitment as portrayed between two of the world’s most talented actors,” said Bleecker Street CEO Andrew Karpen. “It’s magical to watch as they find strength and an ever-deepening connection.”

D’Sa and Leyburn added, “Normal People has been a labour of love for our incredible cast and creative team. We’re thrilled now to partner with Bleecker Street, who have such a strong history in distributing compelling, thought-provoking films. We look forward to an exciting journey with Andrew and the team.”

Kent Sanderson and Camille Bertrand negotiated the deal on behalf of Bleecker Street with CAA Media Finance and Bankside Films for the filmmakers.