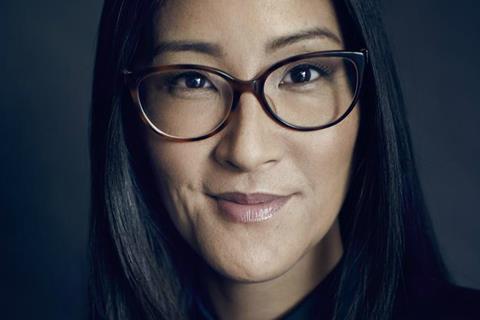 Lisa Nishimura, whose work overseeing documentaries has made her one of the star executives at Netflix, has been named vice-president of independent film and documentary features at the streamer.

Nishimura will oversee independent films, English and non-English documentary features and documentary shorts, and limited documentary series, such as Wild Wild Country and Our Planet.

The development follows the recent move to put Bela Bajaria in charge of non-English TV originals, and is designed to reflect a clearer distinction between English-language and non-English language content.

The shifts unites all English-language series (unscripted, scripted, comedy, etc) under Holland, with Brandon Riegg as vice-president leading unscripted, including comedy (led by Robbie Praw and Ben Cavey); and features under Stuber, including documentary features which Nishimura will continue to oversee in addition to independent films.

Nishimura joined Netflix in 2007 as vice-president of independent content acquisition. Prior to Netflix she served as general manager at Chris Blackwell’s Palm Pictures, where she oversaw the production, acquisition and distribution of more than 75 independent, foreign and documentary features.

Riegg’s role also expands to include the comedy teams led by Robbie Praw (stand-up) and Ben Cavey (unscripted comedy – sketch, event), and unites all documentary ongoing series in his team.

“Lisa blazed a trail within Netflix building our documentary and comedy initiatives, and we’re so lucky to have her expand her role into indie films,” said Stuber. “Lisa joins Matt Brodlie and Ian Bricke, who have built our indie film business over the last several years. Together they will continue to deepen our talent relationships and give diverse and unique storytellers a home to share their films. I’m looking forward to working alongside Lisa, Tendo Nagenda and David Kosse as we grow our film studio.”

Holland added, “Lisa’s impeccable vision, taste and style have shaped our original documentary and stand-up comedy initiatives from the beginning, and I know she will continue to flourish in her new role. I look forward to supporting Brandon and his team as he brings enthusiasm and proven talent to this expanded role, and as they chart the future of non-fiction English language programming for Netflix.”