Oscar-winner, who worked with Peter Jackson on the Lord of the Rings and Hobbit trilogies, most recently collaborated with Russell Crowe on The Water Diviner. 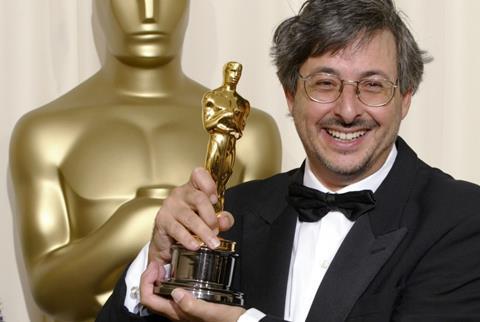 The unexpected death of Australian cinematographer Andrew Lesnie has sparked an outpouring of touching sentiment about his skills behind the camera, his huge contribution to his own and New Zealand cinema and also, from those who knew him, his decency and goodwill.

“After 17 years and eight movies together, the loss of Andrew is very hard to bear,” said Peter Jackson in a Facebook post this evening. He described him as “one of the great cinematographers of our time” and “an irreplaceable part of my family” who “always had my back”.

Jackson sought him out for the fantasy/adventure The Lord of the Rings: The Fellowship of the Ring because of the quality of his work on the Australian fairytale Babe. The New Zealand-based collaboration earned Lesnie the 2002 Academy Award for his cinematography in 2002 and endured: he went on to make the rest of the trilogy with Jackson – winning a BAFTA for his work on The Lord of the Rings: The Return of the King – then King Kong, The Lovely Bones and the three Hobbit films.

“I am in total disbelief that I’ll never again hear his infectious laugh, nor benefit from his quiet wisdom, or enjoy his generous praise,” said Jackson. “Andrew created unforgettable, beautiful images on screen and he did this time and again, because he only served what he believed in.”

Actor Ian McKellen described Lesnie’s death as appalling and said he was lovable and also used the word “irreplaceable”.

“He was a master of the new technologies that climaxed with the 3D Hobbit movies but his artistry was as personal and inspired as a painter in oils, magically capturing light and spreading it over landscapes wild and domestic and across the actors’ faces too,” said McKellen.

Before, during and after he was helping to transform New Zealand into Middle Earth, Lesnie was a stalwart of the Australian industry: his last film, The Water Diviner, which has just released in the US was filmed in Turkey as well as Australia, and was the directorial debut of the New Zealand-born Sydney-sider Russell Crowe.

Lesnie’s work on Australian films spans three decades and he was crowned cinematographer of the year in 1995 for Clara Law’s Temptation of a Monk and in 1996 for Chris Noonan’s Babe by the Australian Cinematographer Society (ACS). Babe remains the third most successful Australian film of all time in Australia, while Lesnie’s biggest recent hit was Rachel Perkins’ Bran Nue Dae from 2010.

The ACS that confirmed Lesnie’s death at the age of 59. Said president Ron Johanson: “After suffering a serious heart condition over the last six months (he) died suddenly on Monday, 27 April. Words cannot express the absolute feeling of loss, particularly for his immediate family. Andrew gave us many personal cinema moments, moments that will live with us forever.”

The US films Rise of the Planet of the Apes and I Am Legend were among the 30 or so on which he was cinematographer.

He came from a middle class family with no connection to the arts but that all changed when he was accepted into the Australian Film, Television and Radio School in 1976. Apparently he wrote on the application form that he’d “kill himself” if he wasn’t accepted. While still studying he worked several times with his mentor Don McAlpine, including as clapper loader on horror director Richard Franklin’s 1978 film Patrick, which was recently remade.

A private family funeral service will be held on Friday and the ACS will host a celebration of his life in the next few weeks. The 2015 ACS national awards are being held this weekend in Hobart and they will be in honour of Lesnie.