'Love Off The Cuff' to open Hong Kong film festival

Pang Ho-cheung’s romantic comedy will have its world premiere at the event. 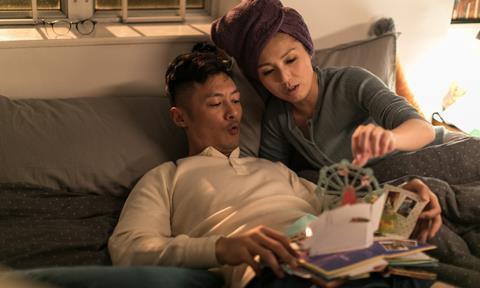 Pang Ho-cheung’s Love Off The Cuff, the third installment in the Hong Kong filmmaker’s romantic comedy series, will receive its world premiere as the opening film of this year’s Hong Kong International Film Festival (HKIFF).

Miriam Yeung and Shawn Yue are resuming their roles as star-crossed lovers Cherie and Jimmy in the film, which follows Love In A Puff (2010) and Love In The Buff (2012). In this third episode, set in Hong Kong and Taipei, the couple’s relationship is tested when Jimmy’s childhood friend asks him to donate sperm for her artificial insemination.

The festival will also present digitally restored versions of four classics directed by French auteur Robert Bresson and three from Filipino director Mike De Leon, one of the leading figures of new Filipino cinema in the 1970s.

This year’s HKIFF will take place April 11- 25. The festival’s full line-up will be announced during Hong Kong Filmart on March 14.