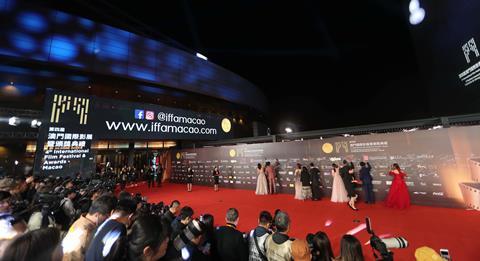 The International Film Festival & Awards Macao (IFFAM) has confirmed that it is moving online for its fifth edition (December 3-8) and announced its full programme, including an international competition for first and second-time filmmakers.

Mortensen, Hoss and Ning Hao will also be the subject of online “In Conversation” events, along with Japan’s Hirokazu Kore-eda and South Korean director Hur Jin-ho.

Kore-eda will also be the recipient of IFFAM’s ‘Spirit of Cinema’ award, to be presented at a virtual awards ceremony on December 8.

Special presentations include Chen Weixi’s documentary 76 Days, about the fight against Covid in Wuhan, Remi Chaye’s animated feature Calamity and Chinese omnibus My People, My Homeland, on which Ning Hao was the general director, among other titles.

Other sections include World Panorama, featuring titles such as Thomas Vinterberg’s Another Round and Yujiro Harumoto’s A Balance, and genre sidebar Flying Daggers.

“The unprecedented challenges of 2020 may mean that we can’t play IFFAM’s programme in theatres and we can’t welcome any international guests to Macao, but that will not stop us delivering this superb selection of 31 films to audiences in Macao and Hong Kong on our dedicated online platform,” said IFFAM artistic director Mike Goodridge.

Access to all films and the IFFAM Project Market (IPM) will be via an online video streaming platform developed by Shift72. Films will be screened on specific days with introductions from directors and will be available for 24-48 hours after rental.

Back To The Wharf, dir: Xiaofeng Li (China)

The Cloud In Her Room, dir: Xinyuan Zheng Lu (China)