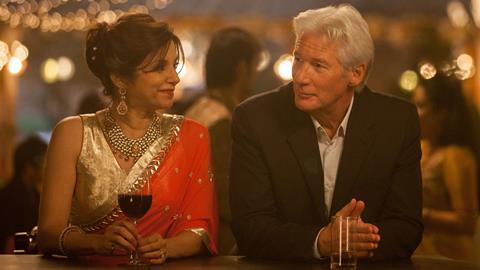 Fox’s sequel recorded a second straight week as the UK’s number one with a $2.9m (£1.9m) weekend following a 38% drop, excluding previews. As expected, the film enjoyed a prosperous first midweek session taking almost $4.5m (£3m) on Mon-Thurs, and stands at $13m (£8.6m).

The Second Best Exotic Marigold Hotel is currently tracking ahead of its predecessor which had grossed $10.7m (£7.1m) at the end of its second weekend, albeit from ten days of release compared to the sequel’s 11 as a result of previews.

With a respectable 32% drop in its second weekend, Focus climbed up to second at the UK box office with $2m (£1.3m).

It may have dropped a further place to third but Fifty Shades of Grey still whipped all newcomers with a $1.6m (£1.06m) fourth weekend.

Alain Resnais’ final feature film Life of Riley recorded a UK opening of $3,400 (£2,281) from its one-site release through Eureka Entertainment.

This week sees a saturation release for Warner Bros’ Run All Night, while Koch Media’s X+Y, eOne’s Suite Francaise and Filmhouse’s My Name is Salt all receive wide releases.

StudioCanal/ICO’s re-release of Far from the Madding Crowd is among the films receiving a limited release.