Sodor’s Legend Of The Lost Treasure will be distributed into 5000 theatres by Huaxia. 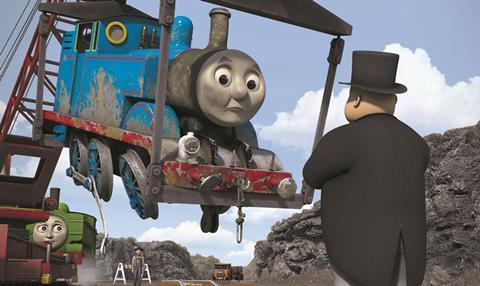 Sodor’s Legend Of The Lost Treasure, the feature film spin-off of toy company Mattel’s Thomas & Friends TV series will receive theatrical distribution in China at the end of this month.

Huaxia Film Distribution will release the film in 5000 cinemas across the country from February 20.

The film counted Eddie Redmayne, Olivia Colman and John Hurt amongst its English language voice cast, grossing close to $900,000 when it was released in the UK in July 2015, commemorating the 70th anniversary of the brand.

The film was directed by David Stoten and produced by Canada’s Arc Productions and the UK’s HIT Entertainment.

The newly Mandarin-dubbed version will premiere in Shanghai on Feb 18.

The Thomas & Friends TV series is available in China through platforms including iQiYi and YouKu.