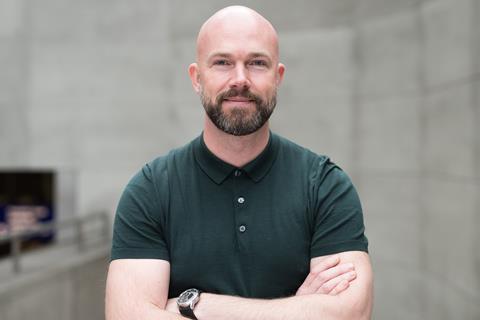 Wouter Knol joined the festival as programme manager of Berlinale Talents in 2008 and stepped up to become EFM director in June 2014.

He will continue to work at the market until October 31 and is set to take up his EFA role on January 1, 2021. The Berlinale management said it would decide on his succession “as soon as possible”.

He succeeds Marion Döring, who will retire from her current position as EFA director, having been at the organisation since its establishment in 1988, first as PR manager of the European Film Awards, later as project manager for EFA’s activities and publications, and since 1996 as the organisation’s director.

In a joint statement, Berlinale director duo Mariette Rissenbeek and Carlo Chatrian said: “With great success, Matthijs forged ahead with the strategic expansion of the European Film Market and developed it into one of the most significant industrial platforms in the audiovisual industry.”

Reflecting on his time in the role, Wouter Knol said: “It was a fantastic and an incredibly enriching experience for me to make a contribution to further expanding the Berlinale, especially the Berlinale Talents and then the EFM, over the past 12 years. I leave the festival with a lot of good memories.”

He added: “I am pleased that the future will offer new opportunities to continue working together.”

Dutch-born Wouter Knol started out as a freelance journalist and in film production, specialising in documentary films. He then worked for the International Documentary Film Festival Amsterdam (IDFA) before joining Berlinale Talents in 2008.

Döring said of her successor: “I’ve known Matthijs and followed his work closely for many years from his time at the Berlinale Talents until his achievements as director of the European Film Market. His profound professional expertise, his personality and his energy are the ideal combination to lead EFA into a new era. Leaving the Academy in his hands feels like a perfect accomplishment of my work for EFA.”

Wouter Knol added: “In the past 20 years, it has always been a driving force for me to create spaces within the film industry in which people feel comfortable, feel seen, feel represented. Love for European cinema, connecting people to each other, being curious, the wish to speak up when the human right to express oneself in film is being threatened or violated, and having the ambition to give the Academy that next leap into the future is what motivates me.

“It is my strong feeling that the European Film Academy will increasingly be a vibrant platform and the right place to bring together the best of energy, the best of talent and the best ideas available in Europe — and expand its outreach by doing so. I thank the board and Marion Döring for their trust in me, as I’ll have large shoes to fill.”

EFA chairman Mike Downey said: “The arrival of someone of the quality and calibre of Matthijs to lead the Academy on the next phase of its onward journey makes the departure of Marion Döring just a little easier to bear. Marion is a hard act to follow. But if anyone is up to the task it is Matthijs, whose vertically and horizontally integrated depth of knowledge of the European film business and European cinema itself, is second to none.

”Matthijs will make a great leader of the Academy and on behalf of the staff and board of the Academy, I wholeheartedly welcome him into our midst. I look forward to building the organisation further alongside him.”