As the European Film Forum kicked off at the Tallinn Black Nights Film Festival, MEDIA exec Lucia Recalde Langarica has praised the event for linking creativity and technology. 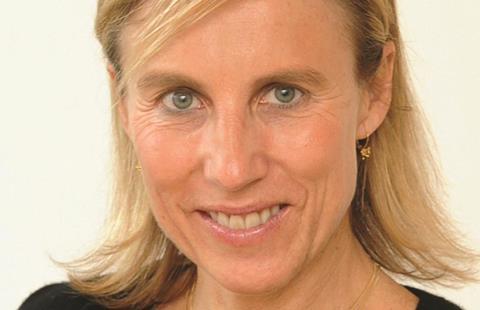 “For each conference we have, we try and embody the festival’s DNA. So it makes sense that here in Tallinn - which is a hub of technology and start-ups - we try and foster technology developments,” she said.

Langarica continued by saying the EC is open to discussion before making any decisions, particularly in relation to the Digital Single Market (DSM).

“We are taking note carefully - we will draw conclusions from these open discussions taking place here in Tallinn that we hope will lead to concrete actions,” she added.

“Dialogue has value, but it is not enough. We want to create an action plan that is a positive step for everyone in the industry.”

Responsible for the set-up and development of the European Institute and Technology (EIT) since its inception in 2006, Langarica is passionate about merging all forms of technology in efforts to offer more original forms of content.

“Innovation is key for the creative media programme. We want to create more innovation than we have done in the past. It can be done through technology, content and new business models across the entire value chain.”

Langarica also cited a focus on transmedia including alternative ways in creating television series as well as different viewing options in both the cinema and home entertainment.

“I have focused on innovation for the last eight years. We know it is a multi-faceted process, and we would like to put this focus across the value chain - from creation, distribution and exhibition.”

“What we are trying to do is stage a dialogue with the technology and film sectors. And as you can see today, the dialogue is very open and straight forward,” said Langarica referring to the two days of back-to-back panels, which includes the Fireside Chat with the EC’s VP for the DSM Andrus Ansip.

“We won’t shy away - we want to engage in open transparent discussions because ultimately we are all working for the same objectives in fostering high quality content.

“We want to make this as widely accessible to Europeans as well as those outside of Europe. How these objectives are to be achieved - that is what we are still working on.  We are open to hearing different views before making decisions.”

While Langarica wouldn’t say much about the upcoming announcement involving the amended copyright laws, she did reiterate that the EC’s intention is not to destroy existing business models.

“It’s a two way process - to gather insights from the community at large but also for the community to understand what the commission’s views are. There is no one better than Andrus [Ansip] to discuss this (on Sunday November 19). It is important for everyone to hear from him directly.”

On the digital single market (DSM) and the concerns for distributors

“The European Commission supports hundreds of films across Europe. We already have a working relationship and dialogue with these distributors. We would like to incentivise them to experiment, and be open to new models.

“There is not a one size fits all solution,” she continued.

Langorica referenced the EC’s involvement with the European Film Funds, explaining there are many interesting distribution platforms across Europe.

“We’d like to promote the sharing of good practices taking place in each of the European countries - so that we all can learn from each other. Collaborating with national film forums is key for us.”