Algerian director Merzak Allouache and Chilean writer-filmmaker Dominga Sotomayor have clinched funding in the autumn round of grants from the Doha Film Institute (DFI). 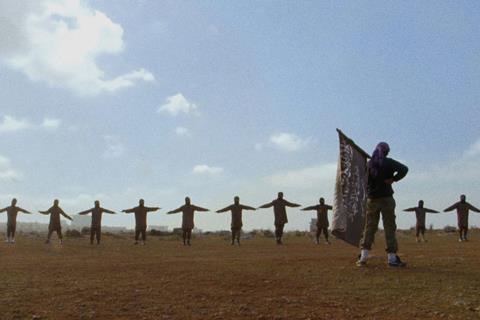 Allouache, whose last film Madame Courage premiered in Venice’s New Horizons sidebar in 2015, won backing for his upcoming drama Divine Wind, about an attack on an oil refinery which does not go to plan.

Double Rotterdam-winner Sotomayer’s grant is for her upcoming coming of age drama Late To Die Young about a group of youngsters living in an isolated community outside the city as they prepare for New Year’s Eve.

Other supported fiction feature projects include Syrian film-maker Soudade Kaadan’s The Day I Lost My Shadow about a woman who gets swept up in the Syrian war in 2012 after she takes the day off work to search for a gas cylinder.

Documentary feature grantees include Syrian documentarian Talal Derki’s Of Fathers And Sons, which recently premiered at IDFA, and Marco Proserpio’s upcoming The Man Who Stole Banksy, following the fate of a controversial work he painted on Israel’s separation wall.

The DFI supported a total of 35 projects in its autumn funding round, ranging from first and second-time works to more projects from more established film-makers.

“Identifying and supporting emerging talents from across the world, and particularly voices from the Arab world, is central to our commitment to nurturing the next generation of filmmakers and contributing to the culture of storytelling,” said DFI CEO Fatma Al Remaihi.

“We are proud to be developing the next generation of Arab film talents, and we are delighted to see their numbers continue to grow every year.”

Since its launch in 2011, the DFI grants programme has supported more than 380 projects from 63 territories, including 310 from the MENA region, across their various stages of development, production and post-production.

The funding programme has also supported local Qatari cinema, awarding grants to 27 Qatari film projects to date in addition to the grants awarded by the Qatari Film Fund.

Beneath the Dunes by Mohammed Al Ibrahim ((Qatar) The story of two cousins who venture the landscape of the inland sea to escape the city, and come across a car echoing screams from the inside. The rescue mission changes their lives.

Saffron’s Land by Yassine El Idrissi (Morocco, Qatar) In Saffrana, an isolated village in the Atlas Mountains, people believe the flower of saffron is a curse, but one man is trying to prove the contrary.

My English Cousin by Karim Sayad (Algeria, Switzerland, France, Qatar) Fahed, who left Algeria to settle in England, is torn between his new life abroad or a return home.

I, Hummus by Rawane Nassif (Lebanon, Canada, Qatar) The geopolitics of food, culture appropriation and immigration presented as a personal reflection, and mixed together in one famous dish: Hummus.

Split-Screen (Qatar) by Nadia Al-Khater and Fahad Al-Khater (Qatar) Two acquaintances are forced into a death match by a faceless conspiracy to win the only antidote after unwittingly drinking poisoned coffee.

The Mute by Thamer Al-Thani (Qatar) Set in the 1960s in Qatar, a mute old lady defies discrimination from her society and pursues her dream of going to space.

Dead Dog (working title) by Sarah Francis (Lebanon, Qatar). The story of Farid, a 60-year-old man living abroad. When he visits his wife, he learns that his beloved dog had died. Tensions arise and Farid confesses he is returning home for good.

Noura In Wonderland Hinde Boujemaa (Tunisia, France, Qatar) Noura struggles to raise her three children alone while her husband is in jail, until she meets Lassaad. Their plans to be together are jeopardised by the impending release of her husband.

The Unknown Saint by Alaa Eddine Aljem (Morocco, Qatar) A thief tries to get back the stolen money he had stashed at a site where a mausoleum now stands.

Chaos by Sara Fattahi (Syria, Austria, Lebanon, Qatar) Three Syrian women, each living in a different time and place, separated by the very things that unite them – fear and trauma.

Displaced in Heaven by Khaled Jarrar (Palestine, Germany, Qatar) The director follows a family through the Balkan route, to plunge into the horror of exile in a desperate need to recover his lost memories.

Underdown by Sarah Kaskas (Lebanon, Germany, Qatar) Pulsating journey of three unbreakable characters struggling to live below the poverty line in the chaos of Beirut.

Hope by Mohammad Shaikhow (Syria, Iraq, France, Qatar) The journey of a man and woman, strangers up to a few hours back, as they walk together in a snowy environment; the short is a portrayal of humanity reduced to its very essence.

Beit Byoot by Mayar Hamdan (Jordan, Qatar) Set in a dystopian women’s world, where little Jameela wants to fit in with two mean girls. When she meets odd Yasmine, she must choose between being odd or fitting in.

If You’ll Remember by Sara Al-Thani (Qatar, France) The story of a young girl, who has regained a lost memory. Her life catapults into danger as she tries to escape her demented stepfather and face her inner turmoil to find herself.

Tainted by Meriem Mesraoua (Qatar, France) A young teen, forbidden from biting her nails, must ignore her urge and abide by a new set of rules, to ensure she does not damage her newly acquired, yet imposed fake nails.

The Time Tree by Celine Cotran (Lebanon, UK, Qatar) Set in 1596, a bullied deaf girl comes across a magical tree. It is a portal to the present, where she meets two girls who help her grow in ways she never imagined.

Ceuta’s Gate by Randa Maroufi (Morocco, France, Lebanon, Qatar) An experimental film inspired by the tension felt at the border of Ceuta.

Divine Wind by Merzak Allouache (Algeria, France, Qatar) Nour and Amina plan to launch an attack on an oil refinery in the Algerian Sahara but things do not turn out as they expected.

Late to Die Young by Dominga Sotomayor (Chile, Brazil, Argentina, Netherlands, Qatar) In an isolated community, Sofía, Clara and Lucas prepare for New Year’s Eve. They may live far from the dangers of the city, but not those of nature.

The Day I Lost My Shadow by Soudade Kaadan (Syria, France, Qatar) Set in 2012 Syria, Sana, takes a day off from her job to search for a gas cylinder and is swept away in the war for two days. When she returns home, she discovers she has lost something of herself due to the scars of war.

The Healer Mohamed Zineddaine (Morocco, Italy, Qatar) Abdou lives with his adoptive mother and traditional healer, Mbarka, in a small mining town. He meets a cynical pickpocket, who suffers from a skin disease, and convinces him to seek treatment from his mother, only to find their three lives become irreversibly interwoven.

The Load Ognjen Glavonic (Serbia, France, Croatia, Qatar) Vlada drives a refrigerated truck during the NATO bombing of Serbia in 1999. He does not know what the load is, but his cargo slowly becomes his burden.

A journey into the experience of four young women swept up in the excitement in the wake of the 2011 uprising in Syria, who later begin to rebuild their relationships with their country and the ensuing conflict.

Constructions Fernando Martin Restelli (Argentina, Qatar) A 60-year-old watchman of buildings under construction, who gets a second chance in life to become a father.

Of Fathers and Sons by Talal Derki (Syria, Germany, Qatar)An affecting and disturbing documentary which demonstrates that jihadism is a learned behaviour – one that in some arenas is being handed down with paternal authority to vulnerable minds.

The Invented Biography Nicolás Lasnibat (Chile, France, Qatar)The search for Roberto Arturo Belano, a Chilean poet who has become a myth since he disappeared in Mexico in 1999.

The Man Who Stole Banksy by Marco Proserpio (Italy, Qatar)A story of clashing cultures, art, identity, theft and the black market, revolving around the work of internationally-acclaimed artist Banksy in Palestine.

The Wind Blew On (Iceland, Qatar) by Katrin Olafsdottir (Iceland, Qatar)A little boy wonders to himself that “Perhaps, I am already dead?” But these words are spoken in an unsettling world where no one can confirm this to be true or false for him.

The Black Veil (Qatar) by A.J. Al Thani is about a woman who attempts to finally escape from the oppression she has been living under.