Michael B Jordan to direct ‘Creed III’ for November 2022 release 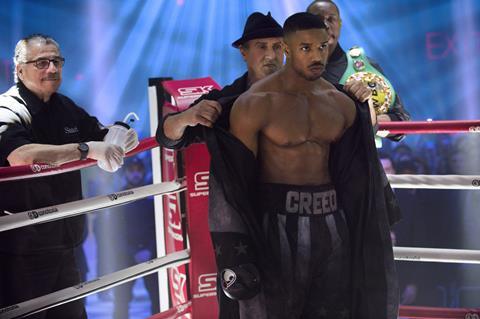 Michael B Jordan has been confirmed to make his feature directing direct debut on Creed III and the boxing sequel has been set for a November 23, 2022 US theatrical release.

Jordan will also produce the MGM sequel and star, as he did in the first two Creed films, which between them took close to $400m at the worldwide box office.

Tessa Thompson and Phylicia Rashad are expected to reprise their roles in the new installment, which is written by Keenan Coogler and Zach Baylin.

MGM will release the film – a Chartoff-Winkler Production produced by Irwin Winkler, Charles Winkler, William Chartoff, David Winkler, Jonathan Glickman, Jordan and Ryan Coogler, producing in association with Proximity Media – through its United Artists Releasing distribution and marketing joint venture in the US.

Warner Bros will release the film internationally, as it did the first two installments.

MGM film group chairman Michael De Luca and film group president Pamela Abdy said: “Michael’s vision for Creed III is incredibly exciting and will undoubtedly be an important contribution to the cannon of this storied franchise. We are thrilled to bring his directorial debut, and share this next chapter in the Creed story, to theatres next year.”

Jordan added: “Directing has always been an aspiration, but the timing had to be right. Creed III is that moment - a time in my life where I’ve grown more sure of who I am, holding agency in my own story, maturing personally, growing professionally, and learning from the greats like Ryan Coogler, most recently Denzel Washington, and other top tier directors I respect. All of which sets the table for this moment.”