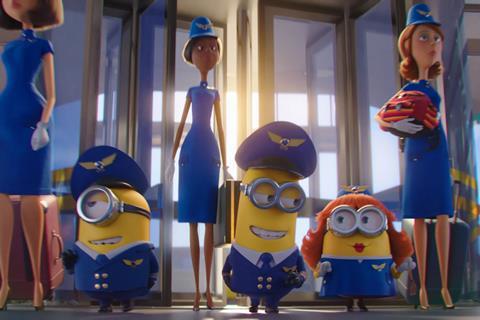 Universal animation Minions 2: The Rise Of Gru retook the UK-Ireland box office lead from Disney’s Thor: Love And Thunder this weekend, as several holdovers were boosted by the start of the school holidays across much of the territory.

Minions 2: The Rise Of Gru scored a strong 15.9% increase on its last session, adding £3.09m on its fourth weekend to reach a £28.2m total. The film has benefitted from a social media trend of groups of boys and young men going to screenings dressed in suits; the trend may have returned to help the recent uptick, with many schools on summer holidays from the middle of last week.

Sony’s literary adaptation Where The Crawdads Sing opened to a £1.3m weekend – enough for third spot, and the first new title to break into the top five since July 11.

It opened in 691 locations, becoming the widest female-directed release of all time; and recorded a location average of £1,932. The film has £1.4m including previews.

Warner Bros’ Elvis was another title to increase its takings, with an excellent 23% uptick of £1.2m. It is now up to £18.4m from five weekends, and will look to break the £20m within the next week – a feat that looked unlikely even when it opened to first place last month.

The top five took a cumulative total of £9.8m, up 9.9% on last weekend’s £8.9m. It is also the first weekend since mid-February that all of the top five films have taken at least £1m.

Having become the highest-grossing event cinema release since the pandemic through its £1.4m Thursday opening, NTLive’s Prima Facie starring 2016 Screen Star of Tomorrow Jodie Comer added £449,268 at the weekend, with 59 sites still to report. It took a screen average of £1,291 - a strong result for a non-film title; and is up to a cumulative total of over £1.8m.

Jurassic World: Dominion dropped out of the top five but still scored a 14.1% increase for Universal, with £436,035 bringing it to £33.2m from seven weekends. 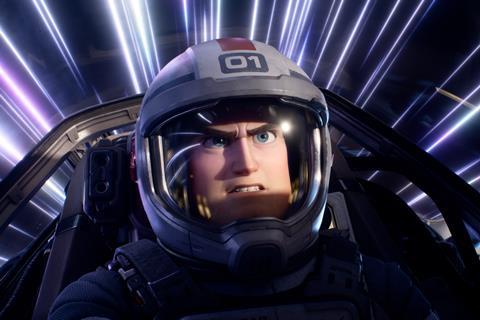 Lionsgate’s Good Luck To You, Leo Grande is still in cinemas after six weekends, adding £16,878 to reach £982,250. One more weekend of screenings should see it pass the £1m total.

For Altitude, documentary Kurt Vonnegut: Unstuck In Time opened to £7,433 across 25 locations, and £9,291 including previews.

Charlotte Colbert’s UK-US thriller She Will opened to a £6,037 weekend from 15 sites, with £7,570 including previews.