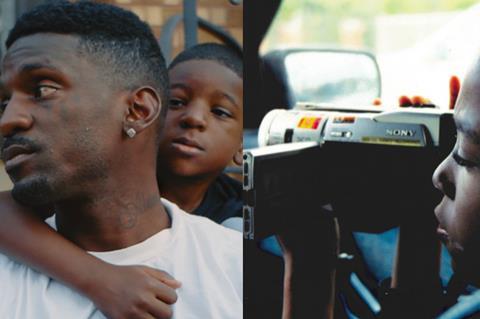 MTV Documentary Films will release both titles this autumn to qualify them for awards consideration. Both will screen at Michael Moore’s Traverse City Film Festival in Michigan, which kicks off on July 30.

17 Blocks spans 20 years in the life of an African American family living blocks away from the Capitol Building housing Congress in Washington, DC. Nevins served as executive producer, and Big Beach financed and the company’s Alex Turtletaub, Michael B. Clark and Marc Turtletaub produed alongside Rachel Deniz and Rothbart.

The film won best documentary film editing at the Tribeca Film Festival, the audience award and jury awards for best feature documentary at the Telluride Mountainfilm Festival, and the Excellence in American Profiles Award at the San Francisco Documentary Festival.

St. Louis Superman follows Representative Bruce Franks Jr., an activist and battle rapper who rose up during the 2014 race riots in Ferguson, Missouri, and went on to be elected to the predominantly white and Republican Missouri house of representatives.

“At the heart of American democracy, there is an injustice that gnaws at the soul of the have-nots, and Davy Rothbart’s 17 Blocks and Smitri Mundhra and Sami Khan’s St. Louis Superman are two films that expose both the injustices and courage of Americans who survive against almost insurmountable odds,” said Nevins. “MTV Documentary Films foray begins with these two impactful films.”

“Sheila Nevins is an absolute legend, and her mission at MTV Documentary Films to tell absorbing, unique, and urgent stories that can make a real difference in the world resonates powerfully with mine,” said Rothbart. “The brave Sanford Family, our filmmaking team and I are enormously honored to be working with Sheila and MTV to share 17 Blocks with the world. It’s been a 20-year journey to make this film, and now, as audiences get to know the Sanfords, a new journey is just beginning.”

“It is an incredible honor to be able to work with Sheila Nevins, the preeminent leader in the documentary space, and the team at MTV Documentary Films to bring Bruce Franks Jr.’s story to audiences across the U.S.,” said directors Smriti Mundhra and Sami Khan. “This year has been a truly incredible journey and we know the best is yet to come.”

Bahareh Kamali and Mandana O’Connor negotiated the deals on behalf of MTV Documentary Films with Submarine Entertainment on behalf of the 17 Blocks filmmakers, and AJE Witness on behalf of St. Louis Superman.