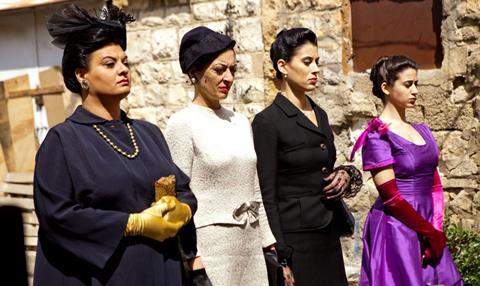 The Qatari organization backed a total 32 projects from 27 countries in its autumn funding round.

Nejjar received support for upcoming film Stateless about a girl who will do anything to re-connect with her mother, including marry an aging, blind man.

Breish is working on The Maiden’s Pond, about two woman connected to the same man who need to find a way of living side by side in the same village.

Arraf, whose last film was Villa Touma, is currently working on The Poster, about a Palestinian village situated within Israeli borders which is stirred up when a controversial poster appears on its walls.

As part of Qatar’s ongoing drive to create its own indigenous film-making culture, three of the grantees were Qatari.

They included Mahdi Ali Ali who received support for his Paris-set iPhone Memory about a Frenchman, Roma girl and Syrian boy whose lives intersect in the city.

To date, the DFI has supported 310 films from 51 countries, of which 264 are projects from the Arab world.

“We want to empower talented young people by helping them tide over the challenges they face in fulfilling their creative aspirations, and encourage the creation of compelling content,” said DFI CEO Fatma Al Remaihi.

“The diversity of submissions for this year’s Grants has been exceptional, and we chose the 32 projects for their power to touch a chord among film audiences, anywhere in the world.”

There are two DFI grants cycles annually. The institute will be accepting submissions for the next cycle Jan 9-23, 2017.

Synopses supplied by the DFI