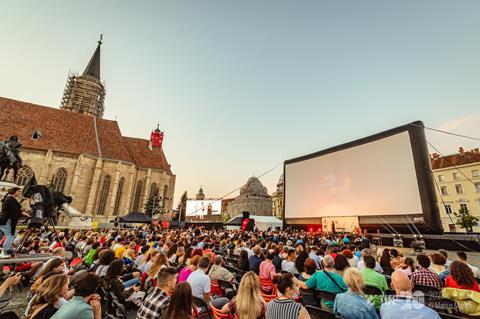 Transilvania International Film Festival (TIFF) has confirmed the first elements for its 2022 edition, including a partnership with Netflix on the Drama Room strand of its industry programme.

One of eight strands to the industry section, Drama Room will select five series projects in development from Romanian screenwriters and producers.

The three-day programme is designed to help creators develop series production skills and understand the dynamics of the international market; it will consist of panels led by industry experts, including several Netflix executives.

The festival will run from June 17-26 in Cluj-Napoca, Romania, returning as a fully in-person event in 15 indoor and outdoor venues.

Two countries are in the spotlight at TIFF 2022. A section on new Israeli cinema will screen titles including Nadav Lapid’s Ahed’s Knee, Eran Kolirin’s Let It Be Morning and David Fisher’s The Round Number, while attending guests include directors Yair Oedar, Tomer Heymann and Orit Fouks Rotem.

A separate focus on Poland, in partnership with New Horizons Intenational Film Festival, will screen titles including Jan P. Matuszynski’s Leave No Traces; plus a previously announced Krzysztof Kieslowski retrospective.

The programme includes three concerts, two of which are for live-scored films: F.W. Murnau’s Nosferatu, for its 100th anniversary; and Theo Kamecke’s 1972 documentary Moonwalk One.

The festival is also running a TIFF For Ukraine initiative, comprised of screenings of Ukrainian films, concert from Ukrainian musicians, and a day dedicated to traditional Ukrainian food.

The festival’s EducaTIFF section for children and teenagers will include films with Ukrainian subtitles; while Ukrainian citizens will have free access to films screened in the main Unirii Square venue.

The Official Competition, plus other sections of the programme, will be announced in the coming weeks.