At the Holland Film Meeting (HFM) several new projects and new policy initiatives have been announced. 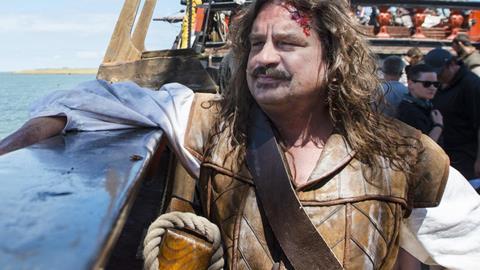 HFM (Sept 24-27) is the industry component of the Netherlands Film Festival, the 10-day event in Utrecht showcasing he best in Dutch film and which culminates with the most prestigious prizes in Dutch Film - the Golden Calf awards.

The festival itself started in rancorous fashion with the news that producer Klaas de Jong had pulled Roel Reiné’s seafaring epic Michiel de Ruyter from the competition.

De Jong was unhappy that the film hadn’t been nominated for a Best Picture award despite being one of the most commercial Dutch movies of the year.

He complained in the local press that the awards were too arthouse-oriented and didn’t pay enough attention to films that reached the popular audience.

No genre, she insisted, gets preferential treatment.

She pointed out that the awards are now voted on by the Film Academy, not by the festival.

Furthermore, if Michiel de Ruyter had remained in contention, it would have been shortlisted as one of the three nominees in the running for the Golden Calf voted by the public.

In a bold move partially aimed at attracting younger audiences and in tapping the young art school, animating, gaming and programming talent in Utrecht, van Aalst has opened up the estival to interactive gaming and to television alongside feature films.

During the festival, the latest “Facts And Figures” of the Dutch Film Industry were published.

The Netherlands Film production incentive, launched in summer 2014, has continued to boost the production sector and to lure foreign producers to the country. In 2014, 59 Dutch-backed projects were made as international coproductions.

The Netherlands is expected to sign two further film co-production treaties, with China and with South Africa, by the end of the year.

Meanwhile, following on from the co-production treaty signed with Germany at the Berlinale, the Dutch were celebrating a new co-production agreement with Wallonia in Utrecht, which is expected to be ratified shortly.

This is a three-country partnership involving Team Players from Denmark and Spielkind from Germany alongside Henneman’s agency.

“I had this very ambitious idea of ‘one continent, one call.’ Americans who are looking for talent in Europe can call one entity,” said Henneman of the idea behind the idea of the pan-European talent platform.

“If these three companies share their network, we know everyone in Europe.”

The Holland Film Meeting has again been staging its co-production platform.

After five years at the helm, Signe Zelich-Jansen is stepping down as head of the Holland Film Meeting. Her successor is yet to be announced

During the HFM, young Belgian screenwriter, director and producer Gilles Coulier was part of a panel discussing the “New Wave” of European TV series.

Coulier’s own drama, The Natives, premieres on Belgian TV station Canvas next week.

The film, due to shoot in February 2016, has already been picked up for Benelux distribution by Dutch FilmWorks.

The cast is to be led by Wim Willaert, Sam Louwyckand Sebastien Dewaele. The film is being produced by Belgian outfit De Wereldvrede with coproduction partners Cheval Deux Trois in France and 100% Halal in the Netherlands.