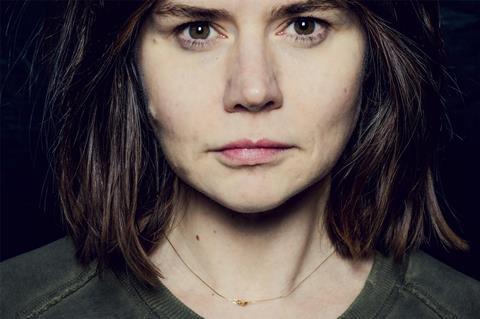 A new campaign bannered Speak Up and aimed at stamping out sexual harassment within the European film industry launches today at the Berlinale. Daniela Elstner, CEO of Paris-based Doc & Film International, has spearheaded the initiative which has the endorsement of several professional bodies.

As its first action, Speak Up will launch a new website setting out guidelines for professionals in the industry as well as giving links to bodies that can help victims of sexual harassment. “The European film industry wants to make it clear that sexual harassment will no longer be tolerated,” Elstner says.

Polish director Malgorzata Szumowska (pictured), who is at the Berlinale with Golden Bear contender Mug, will present the new initiative today at Closing the Gap seminar looking at ways of tackling gender equality.

“This initiative is important for me as the mother of a five-year-old girl. I want a different environment for her in future, one in which she feels more comfortable than I did,” the Polish director tells Screen. “I’m also thinking about all of those women who are afraid to talk out loud about what has happened to them. I believe this kind of action can change a lot.”

Anna Serner, CEO of the Swedish Film Institute which is organising the Closing the Gap seminar (which takes place today at the Meistersaal between 10am-1pm) with the German and Nordic branches of Women In Film And Television, says promoting gender equality and stamping out sexual harassment went hand-in-hand.