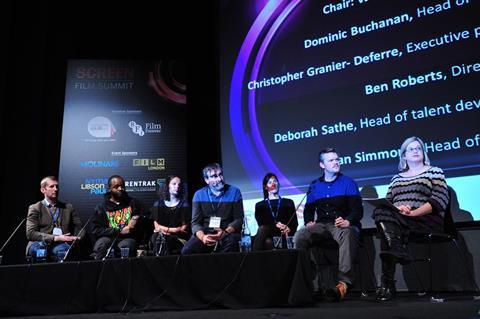 UK production executives recognized the difficulty of finding new producers in the UK today and the importance of directors taking a 360 approach to their films, during a Screen Film Summit panel.

“There’s only so much public funding to go around,” cautioned Roberts. “You’ve got to present yourself as a financeable proposition. Think about who and what you are as a director and what your market is.”

Roberts explained that the BFI will make a concerted push to better connect new directors with other sectors of the industry in a bid to foster sustainability and insulate UK films entering the market:

“We’re going to join up filmmakers with the rest of the industry. It’s important that filmmakers aren’t filmmakers alone, but that they are also part-businessman, part-marketeer etc…”

Producer Dominic Buchanan touched on the importance of strong producer-director relationships, and said that he looked to the future with Lilting director Hong Khao before they made their Sundance hit: “When we set out, I spoke to Hong about the importance of him and us making a plan and having a road-map post-Lilting, whether we worked together or not.”

Film London executive Deborah Sathe recognized that finding strong new producers is a particular challenge for industry: “We’ve found at Film London that it’s a particular challenge to find really strong producers who understand the creative and financial demands of producing. We run a Facebook page for new talent to meet each other and by far the biggest demand is for producers.”

Producer Christopher Granier-Deferre recommended that all feature films could take on an associate producer to help learn producing skills on the job.