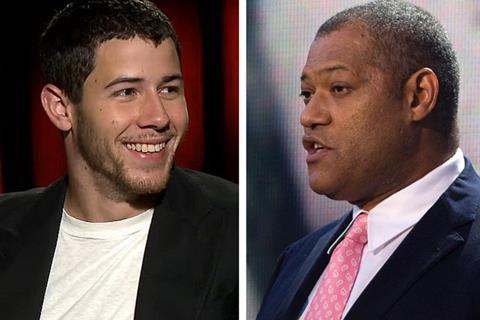 Singer-songwriter and actor Nick Jonas and Laurence Fishburne have signed on to Pierre Morel’s action thriller The Blacksmith, which AGC Studios will finance and produce.

Ben Ripley (Source Code, Flatliners) adapted the screenplay from the graphic novel from Kickstart Comics by Malik Evans and Richard Sparkman and production has been earmarked for later this year.

Jonas will play a weapons expert or “blacksmith” who goes in search of his mentor and retired blacksmith (Fishburne) with a young CIA analyst in tow after his secret base and colleagues are killed. Morel’s credits include Taken, Peppermint, and The Gunman.

“The Blacksmith provides a fresh, highly contemporary new take on the espionage genre and it’s exciting to pair an exhilarating young talent like Nick with seasoned heavyweights such as Pierre and Laurence,” said Ford.

“We’ll soon be announcing an equally outstanding young female actor to play across from Nick and then we will have all the ingredients for a major new film franchise built around a very modern breed of action hero.”