Nordisk Panorama to host world premieres of ‘Photographer of War,’ ‘The Vasulka Effect’ 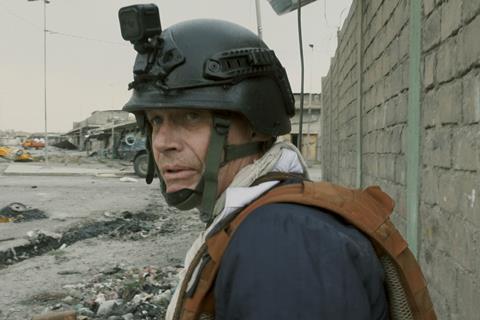 Two world premieres are among the line-up for the Nordic documentary competition of the 30th anniversary edition of the Nordisk Panorama Film Festival, which runs September 19-24 in Malmo, Sweden.

The first is Boris Benjamin Bertram’s Photographer Of War (Denmark) about famed Danish war photographer Jan Grarup who has to learn to take care of his three children when his ex-wife becomes ill. LevelK handles sales.

The other is Hrafnhildur Gunnarsdóttir’s The Vasulka Effect (Iceland), about two pioneers of video art who see a renewed interest from the art world when they are retired.

Hussain Currimbhoy, previously a programmer at Sundance and now the artistic director of The Red Sea Film Festival, served as guest programmer this year, working with associate programmer Nadia Abraham.

“This year we will celebrate our 30th anniversary with exceptional Nordic storytelling touching on diverse topics, from Icelandic video art to Syrian refugees to the MeToo movement,” aid Anita Reher, executive director at Nordisk Panorama. ”Our guest programmers have selected a wide range of films about people and subjects made by talented voices, from equal numbers of female and male filmmakers. In addition, we will showcase the best film gems from Nordisk Panorama’s 30-year library through a dedicated online anniversary campaign.”

There are also competitiions for best Nordic short film and Young Nordic-Children’s Choice.

Being More Like Bagsy (Nor)
Dir. Mikkel Storm Glomstein