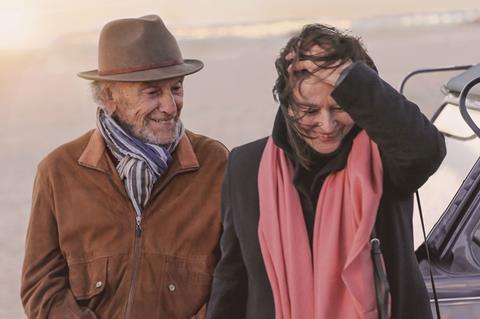 The Best Years Of A Life

Paris-based Other Angle Pictures has boarded world sales on French director Claude Lelouch’s The Best Years Of A Life ahead of its Out of Competition premiere at the Cannes Film Festival.

The film reunites Lelouch with legendary actors Anouk Aimée and Jean-Louis Trintignant in the follow-up to his Palme d’Or, Academy Award, Golden Globe-winning 1966 romantic drama A Man And A Woman.

Its storyline revisits the original characters of Anne Gauthier and Jean-Louis Duroc – a script girl and a racing driver who embark on a hesitant relationship after losing their partners in tragic circumstances – some 52 years later.

The cast also features Monica Bellucci as well as Souad Amidou and Antoine Sire, who played the child characters Françoise Gauthier and Antoine Duroc in the original film.

“After 10 years of handling foreign sales of popular French films, we are really proud to handle this very beautiful and emotional film by Claude Lelouch, one of our cinema masters,” commented Other Angle co-chiefs Olivier Albou and Laurence Schonberg.

The late Sammy Hadida and his brother Victor Hadida at Paris-based Metropolitan Filmexport produced the film with Lelouch.

“Claude Lelouch is without a doubt one of France’s most respected and talented filmmakers of his time. His latest film takes us on a marvellous journey to re-experience the love that Aimee and Trintignant’s characters warmly shared with the world over 50 years ago,” said Victor Hadida.

“We are delighted to partner with Other Angle to bring this enchanting tale of romance to the world audience.”

Other Angle is handling all territories apart from France where Metropolitan Filmexport will release the film theatrically on May 22.

According to an official synopsis, the protagonists are brought together in a meeting engineered by Duroc’s son to help his former racing driving father, “who seems lost in the pathways of this memory.”

“I knew the film needed to engage even those who haven’t seen A Man And A Woman – a film which left a deep mark on audiences all over the world and those who still remember its beloved music theme. The film picks up a love story that took place in 1966 and is about the traces we leave on one another,” said Lelouch.

“I was extraordinarily lucky to have waited fifty-two years to make this film. Good things come to those who wait. I find it deeply moving to see Jean-Louis and Anouk fifty-two years later. Emotions are brought here full circle.”

Lelouch, Aimée and Trintignant all have long and illustrious Cannes histories.

The director has been involved in more than a dozen films to have premiered at Cannes including the Academy Award-nominated And Now My Love, Bolero, and And Now… Ladies And Gentleman….

Aimée made her Cannes debut in Alexandre Astuc’s short drama The Crimson Curtain in 1952 before her international break in the 1960 Palme d’Or winner La Dolce Vita, returning regularly throughout her career, winning the Palme d’Or for best actress for performance in Marco Bellocchio’s A Leap In The Dark in 1980.

Trintignant, who first gained notoriety with his performance opposite Brigitte Bardot in Roger Vadim’s And God Created Woman, has also been a regular attendee with films including Ettore Scola’s La Terrazza, Krzysztof Kieslowski’s Three Colours: Red, and Costa-Gavras’s Z, for which he won the Palme d’Or for best actor.

He was at the festival most recently in Michael Haneke’s Palme d’Or winning Amour, for which Trintignant won the César for best actor, and the Austrian director’s follow-up, Happy End.