The Other Woman leads UK buzz 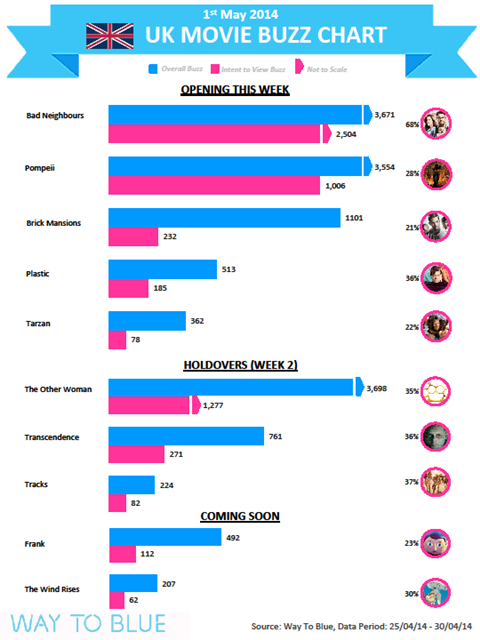 The Other Woman is set for a decent holdover at the UK box office through Fox as it generated almost 3,700 overall buzz with 35% intent-to-view, according to Way To Blue’s chart.

That’s ahead of eOne’s Pompeii, the week’s buzziest new release, with over 3,500 overall buzz and 28% intent-to-view.

Universal’s Bad Neighbours generated the strongest intent-to-view at 68% from a similar amount of comments as The Other Woman. Bad Neighbours opens on Saturday [May 3] in the UK, but won’t be reported in the official chart until the May 9-11 window.