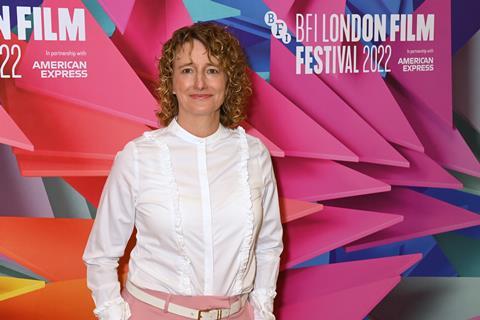 Outgoing director of festivals at the British Film Institute (BFI) Tricia Tuttle has revealed she is taking on the role of acting head of department, directing fiction, at the UK’s National Film and Television School (NFTS), while the deadline for applications to take over her role at the BFI is today (January 16).

Tuttle has already taken up the NFTS role and will be in the position until September. It is an interim post, in which Tuttle reports directly into NFTS director Jon Wardle, with the NFTS advertising for a permanent member of staff at the end of January, for a September start date. The directing fiction MA at NFTS is a two-year course, that costs £14,800 per year.

As previously reported, Tuttle remains in a part-time role as head of BFI festivals until the end of March, to help forward planning for BFI London Film Festival (LFF) 2023 and with the delivery of LGBTQIA+ festival BFI Flare, which next takes place from March 15-26.

Names in the mix

The BFI festivals director job has been advertised at a salary of £85,000 ($105,200), a fixed-term contract of three years, with the potential to extend for a further one to two years. The application deadline is today (January 16), with two rounds of interviews to take place in early February.

As previously reported, Screen understands another LFF director with a North American sensibility is a strong possibility. Tabitha Jackson is a contender, after the UK-born, US-based Jackson stood down in June as Sundance festival director after two years in the role.

There’s also Poland-born Toronto senior international programmer Dorota Lech, UK-born SXSW programmer and consultant Jim Kolmar, as well as US industry veteran Jacqueline Lyanga, who directed AFI Fest for eight years. Her European-leaning tastes could make her one to watch, and she is currently US delegate to the Berlinale. From further afield, Sydney Film Festival director Nashen Moodley has experience running a big audience-facing festival.

From the industry, there is also former Slamdance director Anna Germanidi, presently drector of exhibition and programming at Modern Films. Germanidi has also enjoyed stints at International Film Festival Rotterdam and the LFF. London-based Corrina Antrobus, former communications manager at Picturehouse, is now arts and communications officer for the London Borough of Hackney, founded and ran her own festival, The Bechdel Test Fest, championing female representation in film.

Londoner Ashley Clark is curatorial director at the Criterion Collection in New York and has been a regular BFI programmer.

Plus, former BBC Film executive Rowan Woods has experience as a BFI and LFF programmer and as festivals liaison at British Council. She is also now an acquisitions consultant for Shudder/AMC.

There is the possibility it could be an inside job – Michael Blyth has been part of the fold since 2007, and at the moment is senior programmer for BFI festivals and working across LFF and BFI Flare.

Anna Bogutskaya is a former assistant to previous festivals director Clare Stewart and is seen as an industry rising star. She has previously held the post of film and events programmer at the BFI, co-hosts the BFI podcast and is director of female-focused short film festival Underwire.