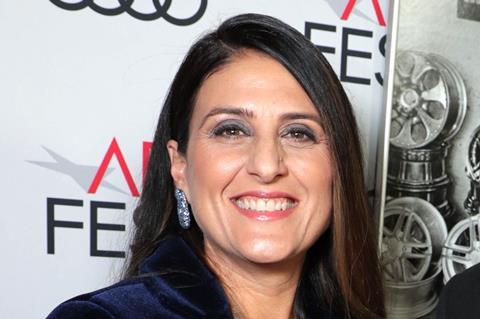 Producer and former New Regency production head Pamela Abdy is joining MGM as president of the motion picture group and will oversee development, production and post-production on all MGM and Orion films.

Abdy, who reports to MGM film group chairman Mike De Luca, most recently served as a partner and head of film at Makeready. She managed the creative team and all feature development, production and post-production, overseeing a slate that included Queen & Slim from Melina Matsoukas, and Sam Taylor-Johnson’s A Million Little Pieces.

From 2013 until 2016 she served as president of production at New Regency, a period when the company released Alejandro González Iñárritu’s The Revenant and Birdman, David Fincher’s Gone Girl, Darren Aronofsky’s Noah, and Adam McKay’s The Big Short, among others.

Prior to that she was president of Scott Stuber’s Bluegrass Films, and executive vice-president at Paramount. She started her career as an intern at Jersey Films and went on to become Danny DeVito’s assistant and ultimately president of the company.

De Luca praised Abdy’s “exceptional abilities as both a studio executive and producer” and added, “She is among the very best and we are all beyond thrilled that she will be joining the MGM team as we steer the studio into the future.”

Abdy highlighted De Luca’s “bold choices and passionate support of filmmakers” and said she looked forward “to helping him build on the legacy of MGM as a home for great artists.”

Upcoming MGM releases include Candyman, which has been pushed back from June to September 25 amid the coronavirus pandemic, and No Time to Die, which has moved back to November. The slate includes Samaritan starring Sylvester Stallone, Respect starring Jennifer Hudson, and Dog with Channing Tatum in the lead.