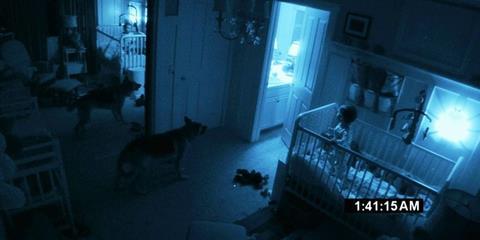 With Made In Dagenham slipping to 12th, Warner’s 11th-placed UK adventure-comedy Africa United is the highest non-US feature. Debs Gardner-Paterson’s feature debut opened on $440,587 (£177,827) from 227 screens.

Universal’s 18th-placed The Death And Life Of Charlie St Cloud continued to fall away in its third week, posting the top 20’s worst percentage change of -84%.

After last week’s flurry of activity this week sees a more modest number of openings, with saturation releases for Entertainment’s Burke And Hare and the seventh instalment in Lionsgate’s indomitable Saw franchise. Universal’s festival favourite The Kids Are All Right and Artificial Eye’s Golden Bear-nominated The Hunter also hit cinemas.

Every film in the Saw franchise has opened in the top five at the UK box office since the first instalment opened in October 2004. Despite a Halloween opening, with strong competition and the possibility of Saw fatigue, could this be the film to finally break the trend.