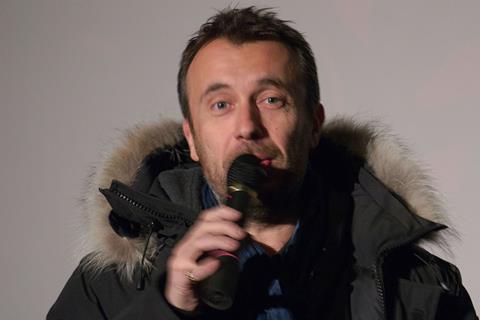 French sales company Playtime has acquired international rights to Fred Cavayé’s dinner party-set comedy Nothing To Hide, on the eve of the Cannes Film Festival and Marché du Film next week.

The picture, entitled Le Jeu in French, is produced by Paris-based production and distribution house Mars Film which is due to release the title in France later this year.

Nothing To Hide is about a dinner party between several old friends – three married couples and a divorcee – who decide to play a game in which each puts their mobile phones on the table and then allows all new messages to be read-out and calls to be accepted throughout the evening.

What begins as a game to prove their transparency, ends by exposing their secrets and lies. The friends discover they have a lot to learn about each other.

“The film is based on an extremely strong concept with high tragi-comic potential that will make Fred Cavayé’s new comedy a crowd pleaser both in France and abroad. This is a great addition to our line-up. We will be showing the first images and pre-selling in Cannes,” said Playtime co-chief Nicolas Brigaud-Robert.

Nothing To Hide  joins a strong Cannes slate for Playtime which also features Vanessa Filho’s Un Certain Regard title and first feature Angel Face, starring Marion Cotillard, as well as Directors’ Fortnight selection Treat Me Like Fire, by Marie Monge and starring Tahar Rahim and Stacy Martin. It will also be launching its new titles Non Fiction by Olivier Assayas, Sunset by László Nemes, Angelo by Markus Schleinzer and The Summer House by Valeria Bruni-Tedeschi for pre-sales.

Read more: Kew Media adds eight to Cannes slate, including ‘Who We Are Now’ with Julianne Nicholson