Point Break knocked The Martian off the top spot, while local fantasy comedy Surprise – Journey To The West set a new record for previews. 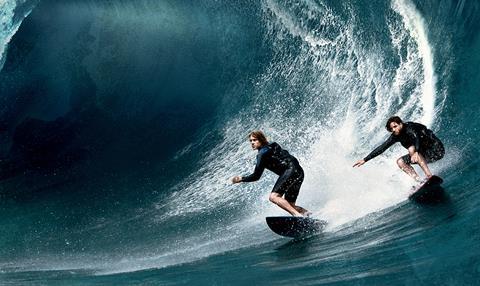 Point Break surfed to the top of the Chinese box office in its second week.

The action-adventure remake, which rolled out in China three weeks before the US, took $18.8m from December 7-13, expanding its cumulative take to $30.74m after 10 days.

Trailing close behind was Surprise – Journey To The West which took the second spot based on preview screenings on Saturday and Sunday only.

With the December blackout period now in full effect, no foreign studio films will be released for several weeks. Surprise – Journey To The West will open on December 18, head-to-head with high-profile Mojin - The Lost Legend.