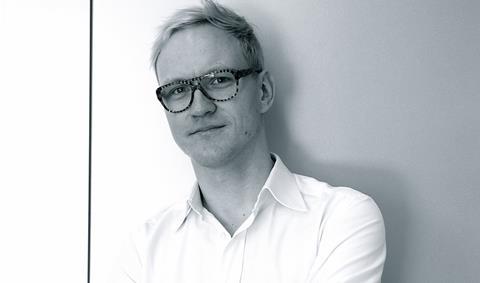 Working closely together with the BNFF industry director Sten-Kristian Saluveer, the largest of the season’s conferences will feature a mix of panels and ‘fireside chats’ sparking the debate - how can technology best move forward in the interests of producers and film-makers, policy-makers and venture capitalists (VCs).

“Across Europe, particularly Northern Europe, there is a boom of start-ups, VCs and talented developers. We don’t need to rely on Silicon Valley for innovation. But then why don’t we have our own version of Netflix?” said Saluveer.

The Industry Director broke down the overall key aims of the co-chaired event as:

‘Whether we like it or not, multimedia is becoming ubiquitous - we can’t escape its influence in our day to day lives.

“Ten years ago, we couldn’t have imagined the digital revolution would have transformed film as we know it today. Instead of projectionists, we now have ‘information specialists’.

“Like with all change, you leave behind a few good things but then gain many other greater things. We need to focus on these positive opportunities, rather than reflect on past practices,” said Saluveer.

Today’s events kick off with a session around territoriality and its possible affects on distributors’ release models, followed on by audiovisual businesses and their lack of communication with venture capitalists.

The day ends with a look at new experimental forms of technology as well as Eurimage’s Roberto Olla discussing the legal aspects of distribution.

David Traub, co-founder of the Epiphany Film Fund, will also be in attendance with a fireside chat comparing content with big data.

Other planned events include an open discussion around crowd financing, as opposed to crowd funding, where money is raised directly for companies rather than individuals; a selection of start-up pitches including Estonia’s government as one progressive example and a look at top talent in the gaming and virtual reality industries.

Altogether the events will see over 28 key industry executives from sales, production, investment and technology sectors from Europe and the US. Events for both sections will take place at the Theatre NO99.